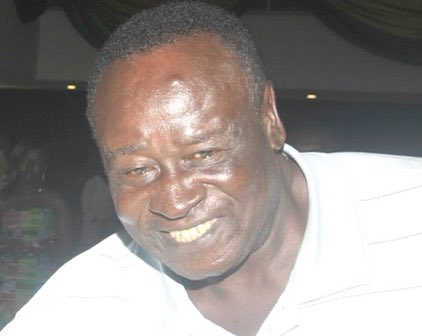 The news is another body blow to Ghana football just a day after the demise of former Kotoko and Black Stars forward, Opoku Afriyie.

Owusu was a star of the Black Stars and Tano Bofoakwa, the only top-flight club he played for in his career.

He featured for the Black Stars between 1969 and 1975 and was part of the Ghana team that finished 2nd in that year’s African Nations Cup after Ghana lost 1-0 to Sudan in the final.

The Ghanaian team for that tournament had the likes of John Eshun, Ibrahim Sunday and the late Sir Cecil Jones Attuquayefio.

Owusu is best remembered for scoring 9 goals against Niger in the one of the qualifiers for the 1970 African Nations Cup.

Records say he scored 36 goals for the national team and that placed him on top of the scorer’s chart until Asamoah Gyan topped it in 2013.

GFA President, Kurt Okraku, paid a tribute to the late Owusu and expressed sadness at the fact that the nation’s football family had lost another pillar of times past.