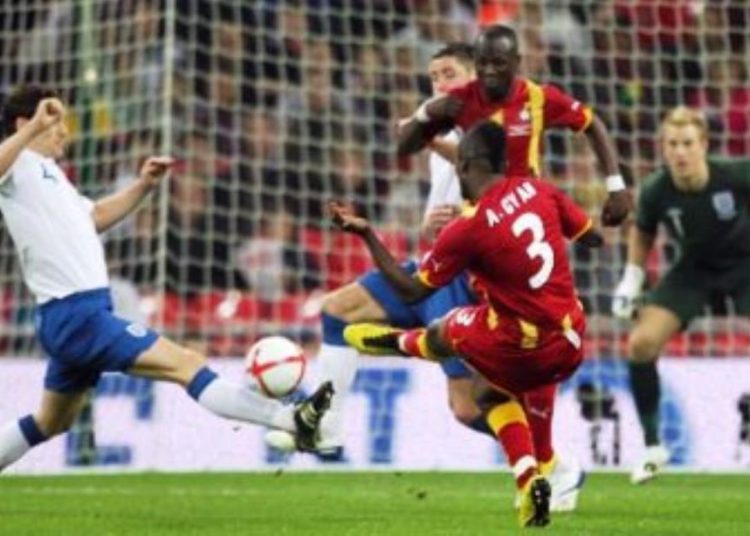 On 29th March 2011, Ghana’s Asamoah Gyan scored a late goal at Wembley Stadium to deny the Three Lions of England a win in a friendly match against the Black Stars of Ghana.

It was Ghana’s first-ever game against England and the West African side proved their worth as they denied the British a win in an entertaining match.

Dominic Adiyiah, the young protégé who had helped the Black Satellites win their first U-20 World Cup, almost sealed his in the history books but the lad was denied twice by England goalkeeper, Joe Hart.

Stuart Downing and Ashley Young both had decent chances to hand England the lead but Richard ‘Olele’ Kingson was equal to the task.

In an end-to-end game, Andy Carroll grabbed his first national team goal. Young picked out Downing with a precise pass and Carroll slammed a left-foot finish low past Richard Kingson.

The game seemed to be well out of reach for the Black Stars of Ghana but the country’s hero and leading goal scorer grabbed a late goal to level the game, a well-deserved goal for all his hard work.

Asamoah ‘Baby Jet’ Gyan picked a through pass, danced through the English defense, turned Joleon Lescott with his right foot and curled the ball beyond Joe Hart in the dying embers of the game to send the Ghanaian crowd into a rave.