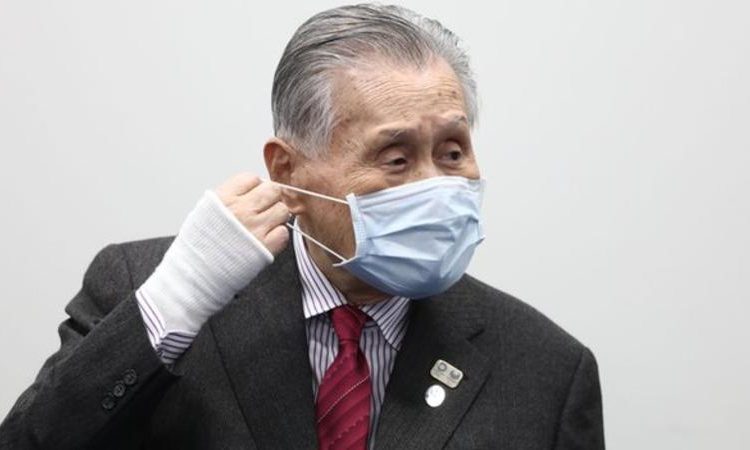 The Tokyo Olympic Games will start on 23 July, 2021 and run to 8 August after being postponed for a year because of the coronavirus pandemic.

The International Olympic Committee’s (IOC) executive board met on Monday to make the decision.

The Olympics will still be called Tokyo 2020 despite taking place in 2021.

IOC president Thomas Bach said: “I am confident that, working together with the Tokyo 2020 Organising Committee, the Tokyo Metropolitan Government, the Japanese Government and all our stakeholders, we can master this unprecedented challenge.

“Humankind currently finds itself in a dark tunnel. These Olympic Games Tokyo 2020 can be a light at the end of this tunnel.”

International Paralympic Committee president Andrew Parsons added: “When the Paralympic Games do take place in Tokyo next year, they will be an extra-special display of humanity uniting as one, a global celebration of human resilience and a sensational showcase of sport.

“With the Tokyo 2020 Paralympic Games 512 days away, the priority for all those involved in the Paralympic movement must be to focus on staying safe with their friends and family during this unprecedented and difficult time.”

The decision to postpone both events was taken to protect the health of the athletes and everyone involved, and to support the containment of the Covid-19 virus.

The new dates also took into consideration the rest of the global sports calendar after the men’s football European Championship was postponed to the summer of 2021.

The World Athletics Championships, originally set to take place in Oregon, USA, between 6 August and 15 August 2021, will now be postponed until 2022.

If that is moved back exactly a year it would clash with the Commonwealth Games in Birmingham which is set to take place between 27 July and 7 August.

“We support the new 2021 dates for the Tokyo 2020 Olympic Games. This gives our athletes the time they need to get back into training and competition,” World Athletics said in a statement.

“Everyone needs to be flexible and compromise and to that end we are now working with the organisers of the World Athletics Championships in Oregon on new dates in 2022.

“We are also in discussions with the Commonwealth Games Federation and the European Championships.”

Organisers hope the delay will allow sufficient time to finish the qualification process which will follow the same mitigation measures planned for 2020.

It has previously been confirmed that all athletes already qualified and quota places already assigned will remain unchanged.

Purchased tickets would be valid for rescheduled events or a refund could be requested when the new dates were set, organisers previously confirmed.

On 24 March, Japan’s Prime Minister Abe Shinzo said the Games would be held in their “complete form” and no later than summer 2021.

Tokyo 2020 organising committee president Yoshiro Mori said he had proposed the 23 July to 8 August time frame to the IOC, and that Bach had agreed, following consultations with the international sports federations.

“A certain amount of time is required for the selection and qualification of athletes and for their training and preparation, and the consensus was that staging the rescheduled Games during the summer vacation in Japan would be preferable,” Mori said.

“In terms of transport, arranging volunteers and the provision of tickets for those in Japan and overseas, as well as allowing for the Covid-19 situation, we think that it would be better to reschedule the Games to one year later than planned, in the summer of 2021.”

It is the first time in the Olympic Games’ 124-year modern history that they have been delayed, though they were cancelled altogether in 1916 because of World War One and again in 1940 and 1944 for World War Two. Cold War boycotts affected the summer Games in Moscow and Los Angeles in 1980 and 1984 respectively.

The British Paralympic Association (BPA) has “praised the speed” with which the Tokyo 2020 Games have been rescheduled and hopes it will give athletes the “certainty they need to refocus on achieving their goals”.

Mike Sharrock, chief executive of the BPA said: “”We recognise many challenges still lie ahead in the battle with the global Covid-19 pandemic and athletes will not be able to return to their training schedules for some time yet.

“The clear priority now is stemming this public health crisis and ensuring people follow the Government advice to stay safe and well.”

Sharrock added he believes Tokyo 2020 “has the potential to be the biggest and best Paralympics in history”.