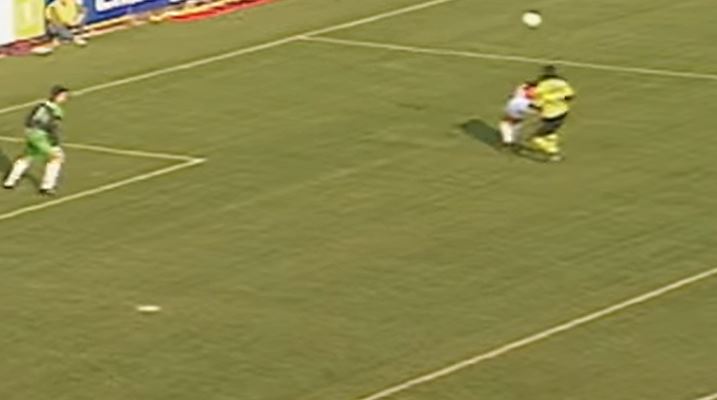 The German Bundesliga is one of the top five best leagues in Europe and it is noted for precision, technique, dynamism, packed stadiums and of course goals.

The league has seen so many great players banging in goals, with the likes of Gerd Müller, Klaus Ficher, Robert Lewandowski and Jupp Heynckes leading the pack as the league’s top goal scorers of all time.

The German league is noted to have accommodated several big named Ghanaian players of old and new, with the likes of Samuel Osei Kuffuor, Tony Yeboah, C. K Akonnor, Kevin Prince-Boateng and Hans Adu Sarpei among the top list of Black Stars players to have played in the Bundesliga.

German football is noted for exceptional, exquisite and creative goals, and some Ghanaian stars have contributed to some amazing ones.

At number 10 is Kevin Prince-Boateng who played for Schalke 04. The midfielder picked up a loose pass from a Mainz player, run at the defenders and carefully placed to ball beyond the reach of the goalkeeper.

Coming up at number 9 is Otto Addo, the German-born – Ghanaian scored one of his best career goals at Borussia Dortmund. He picked up a pass from his defender and lobbed the ball well beyond the reach of the goalkeeper.

Ali Ibrahim, formerly of Accra Great Olympics scored a stunner to surprise a dominant Bayern Munich team in the Bundesliga on 4th February 1993. SG Wattenscheid 09 defeated Bayern Munich, 2-0. Ali Ibrahim picked up a pass from the right flank, danced in front of the defenders and curled the ball well beyond the reach of the Bavarian goalkeeper.

On the opening day of the 1996/1997 season, Ibrahim Tanko scored an exquisite lob against Bayer Leverkusen.

Tony Yeboah’s belter in the 1998/1999 season comes at number 6, his goal was Hamburg’s second goal of the game.

Charles Takyi’s incredible thunder shot for St. Pauli in 2010 places 5th. A ball was swung from the defense, headed down to Takyi who was about 10 metres away from the 18-yard-box and smashed in the ball beyond the Koln goalkeeper.

In the 1991/1992 season, Tony Yeboah showed why he was class in front of a packed Signal Iduna Park as Eintracht Frankfurt drew 2-2 with Dortmund. The Ghanaian picked around the centre circle, and run some distance before blasting the ball into the back of the net from about 35-yards.

Kevin Prince-Boateng features again but this time for Hertha Berlin. An absolute beauty he pulled from his bag of tricks in the 2006/2007 season against Eintracht Frankfurt.

Ibrahim Tanko was noted for eyes for goals and not just any goal, cheeky and outstanding ones. In the 1996/1997 season, the Ghanaian striker scored a beauty against SC Freiburg in Borussia Dortmund’s 2-1 win. The centre-forward picked up a through pass, lofted the ball up and down over the Freiburg defender and finished perfectly for Dortmund.

On top of the list is C. K Akonnor’s thunderbolt against Borussia Mönchengladbach in Wolfsburg’s 5-2 defeat in the 1998/1999 season.

QUAO: Coronavirus- A reminder of how much space sports has in our lives