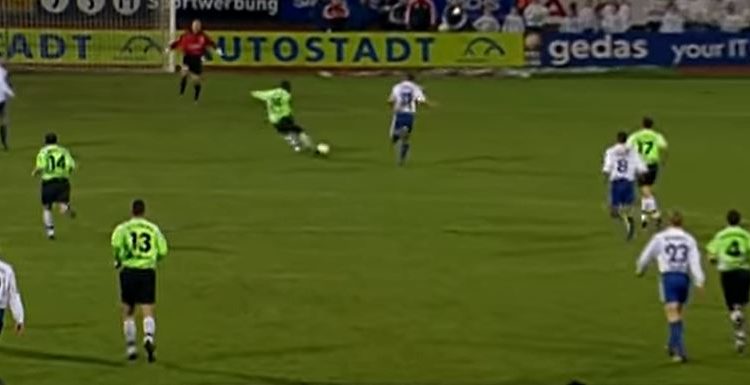 Current head coach of the Black Stars of Ghana, Charles Kwablan Akonnor scored a beautiful chipped goal to hand the German side, Wolfsburg a 2-0 win over Schalke 04 on December 2nd, 2000 in the Bundesliga.

Akonnor’s side had not recorded a win their last five games with four draws and narrow defeat to Borussia Dortmund prior to the game against Schalke 04.

C. K Akonnor, who is now 46, picked up a pass from his team, dashed from behind the centre line, picked up the pass, and hit the ball one-time with precision and accuracy to help his side to victory.

The ex-Black Stars midfielder played for VfL Wolfsburg from 1998-2003 and featured in 121 games for the Wolves, scoring 13 goals in the process.