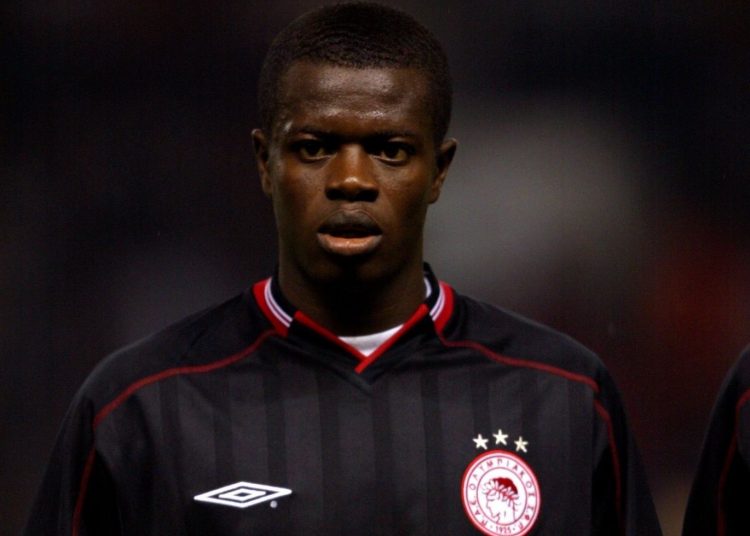 Crestfallen, disappointed, lost. These are the few words that were eligible to describe the mood when Peter Ofori Quaye was told by the Late Alhaji Sly Tetteh that he would not be making the trip to the 1995 FIFA U-17 World Cup in Ecuador.

As one of the country’s best talents in his age category, everyone, including the player himself, expected be on the plane to South America.

But when Coach Sam Ardey decided he was not good enough for his team, Ofori Quaye, turned that distress into motivation that would go on to define his career path.

By 1994, he was already a budding star among his peers. Nurtured in the famous Indafa Park in Mamprobi, the teenager had already led the Greater Accra U-15 team to an Inter-Regional Championship win in Ho. A move to Koforidua-based Okyeman Stars in Ghana’s Second Division soon followed and by the end of that year, ‘Pee’, as his peers affectionately called him, was playing Premier League football with Ghapoha Readers.

“I was young but I was playing Premier League football at the time so I was shocked to hear that I had not been selected,” the now 40 year old said of his exclusion from the team 25 years ago.

“Sly Tetteh couldn’t believe it and he made it a point to use me to prove the coach that I was good enough.”

And that he did. 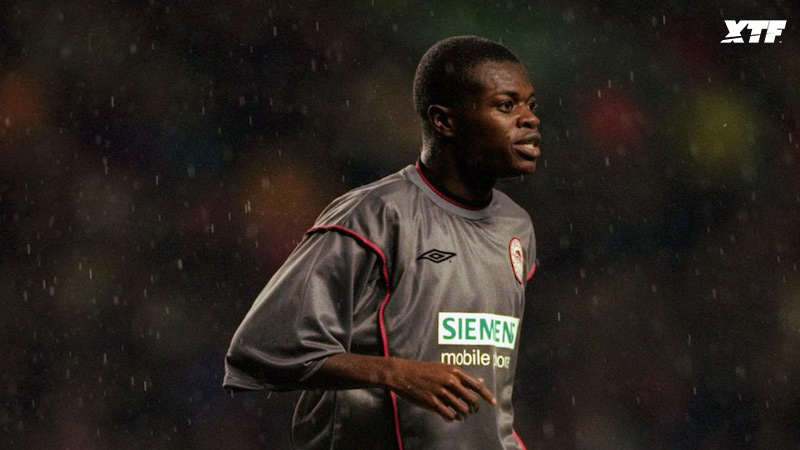 Four months after watching Ghana celebrate a 2nd FIFA U-17 title, one he felt he should have been part of, Ofori-Quaye had a celebration of his own; a move to Greek side Kalamata in December 1995.

“When I arrived, there were already three Ghanaians in the team, Sam Johnson, Afo Dodoo and EB Hagan. They had arrived there a few months before me,” Ofori Quaye recalled.

“It was very difficult at the beginning. I was too young and I was living in a 4-bedroom house all by myself. It was very lonely.

“I’m grateful to Sam Johnson Afo Dodoo because they helped me to settle down.

“It got to a point I wanted to go back to Ghana but Sam Johnson asked me to come stay with him, so I left my place to go live with him.

“It changed everything because I became more comfortable and he would usually tell me if anyone tackles me hard, he will retaliate on my behalf,” Ofori-Quaye quipped, breaking down in laughter.

The 15 year old had eventually found comfort off the pitch. But on the pitch, he needed a combination of faith and the progress of Sam Johnson, to eventually get his run.

With Greek clubs allowed to start three foreign players at a time, the Mamprobi native initially found regular playing time difficult to come by with Sam Johnson and Afo Dodoo always starting for Kalamata and Ofori Quaye and EB Hagan left to alternate with the 3rd starting spot.

When Sam Johnson transferred to Belgian side Anderlecht in 1996, it freed space for Kalamata to use all three Ghanaians at a go and Ofori Quaye finally got his breakthrough season, scoring 8 goals in 30 appearances.

His chance with the national team soon followed when he linked up with the 1995 U-17 squad for the 1997 U-20 FIFA World Cup in Malaysia. By this time, he was the team’s biggest star.

He scored twice as Ghana finished 4th in the competition.

It sparked a move to Greek giants Olympiakos in a club record $3.5 million transfer. He won 6 Greek Super Lig titles and 2 cup competitions, but Ofori Quaye’s true cult status in European football was cemented on a cold winter night in Rosenborg, Norway, when he became the youngest goalscorer in Champions League history, at just 17 years, 6 months and 7 days, a record that stood for 22 years, before Barcelona’s Ansu Fati broke it in December 2019.

“It was my debut game for Olympiakos away at Rosenberg. It was so cold I couldn’t feel my feet or my hands. In fact, during the warm up, I had to call on a teammate to help lace my boot because I could not bend my fingers to do it,” he said.

The youngster came on for the last 15 minutes of the match with Olympiakos already 4-0 down. He scored soon after, turning beautifully inside the box before firing a low-drive past the Rosenborg goalkeeper.

“I knew I would score and I kept telling the coach that all night and when he brought me on, I took my chance,” he said.

It was a dream start to life at Olympiakos, and it came with rewards in his bank account.

“I was the second highest paid player in Greece at the time,” he said.

Life was good. But as so often happens in football, when you are seemingly on top of the world, life serves you a reminder of your invincibility.

“I wanted to serve my country. I played the whole tournament with injections and ice wrapped around my knee.

“After every game, it was impossible to walk. My knee would get swollen and I remember Stephen Appiah always telling me to push through the pain.

“Dr. Engmann was the national team doctor and he would give me multiple injections before each game.

“Looking back, playing with that injury was the biggest mistake of my career,” he said.

The irony is, that tournament in Nigeria was Peter Ofori Quaye’s highlight in a national team jersey. He scored 4 goals in 5 games as Ghana crashed out on penalties to Spain in the quarter finals.

“We had a really good team and we were all confident we would win the trophy. We just needed to get past Spain.

After the tournament, Ofori Quaye’s remaining stint with Olympiakos was blighted by that recurring knee injury, and he was never the same player until he ran down his contract in 2003. Olympiakos did not offer an extension and he left.

“I returned to Ghana to spend one year trying to recover fully. I played half a season with Liberty Professionals before returning to Europe,” he said.

That return to Europe took him back to Greece, then Cyprus and Israel before returning home for good.

Stint with Bechem United was underwhelming before he decided he had seen enough and hanged his boots in 2012.

“I had to listen to my body. I just wanted to stop playing and enjoy my life, leave football for good and get some rest.”

All too often in life, we find ourselves confronted with wonderful phases of life suddenly and abruptly coming to an end. When that happens, we search to rediscover new phases. And for Ofori Quaye, that new phase is helping nurture the next generation of football talents in the country.

“I didn’t want to be in football but a partner from Greece called me one day and told me to use my technical eye in scouting for new talent.

As a participant of Betway’s 12th Man Program, Ofori Quaye has a platform to learn new skills that can bolster his knowledge base as an aspiring football scout and coach.

Ofori Quaye’s career had it all: potential, promise, disappointment, adversity, exhilaration, loneliness. Through it all, the Mamprobi native rode on, spurred on by a determination to succeed, overcoming obstacles along the way.

From the outside, it is easy to say he should have done more than 18 uneventful appearances for the Black Stars, but when the full story unravels, you put respect on the man’s name.

“What Sly Tetteh did for me, I want to pay it back by bringing up some players,” he said.

The next chapter of Peter Ofori Quaye’s career has all of us looking forward with hope.

Is THAT goal by Ronaldinho against Chelsea the best in the UCL's history? [VIDEO]