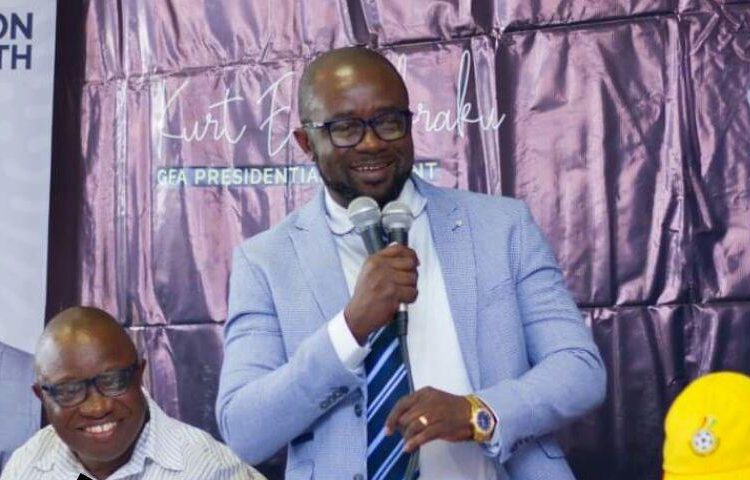 President of the Ghana Football Association, Kurt E.S Okraku, says the federation has handed over the Ghanaman Soccer Centre of Excellence to the government for use as isolation centre following successful dialogue with the Chiefs and people of Prampram.

He made this revelation at the Ministry of Information’s media briefing on Thursday. The briefing was to give updates on government’s fight to beat the spread of the Coronavirus in Ghana.

Initially, the plan to use the Ghanaman Soccer Centre of Excellence as an isolation centre did not sit well with the chiefs of Prampram but the GFA President stated they the FA had sat down with the town’s leaders to explain the decision and get their buy-in to make sure that the gesture would be a success to the nation’s benefit.

“Following the passionate appeal by the President of the land H.E Nana Addo-Dankwa Akufo Addo, asking all Ghanaians to join the fight against our biggest ‘enemy’, the Ghana Football Association, led by the Executive Council thought that, regardless of the fact that we have been going through our own ‘COVID-18’ in the period leading to Normalization and beyond, we will not sit down aloof for which reason we decided that we have a special facility in Prampram that can house up to 250 people.

“It is strategically placed [so] we decided to offer this facility to the use of government as one of the isolation centres to treat our people, our colleagues, our brothers and sisters who live at Prampram and its environs.

“Following that singular decision, we decided together with the support of the Ministry of Health and government officials to engage the chief, the elders and the Youth of Prampram and its environs.

“In the last few days, we have gone through that process successfully and we can confidently say that the facility is ready to be used by the government free of charge to ensure that our brothers and sisters are well taken of.

The GFA has been vociferous during the period running campaigns across platforms to create awareness since the first COVID-19 case was reported in Ghana.

The GFA has also suspended all football competitions as a precautionary measure.

‘Super stuff’: Thomas Partey scores from about 15-yards in his backyard [VIDEO]