‘Super stuff’: Thomas Partey scores from about 15-yards in his backyard [VIDEO] 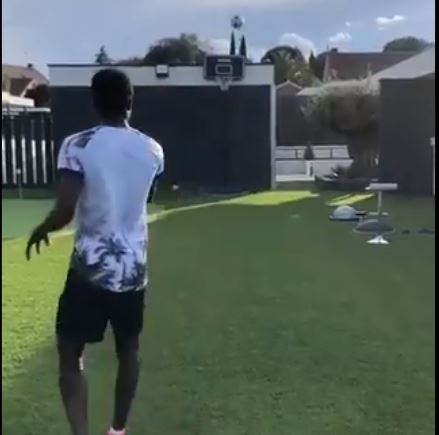 Football may be out of the window for now due to the outbreak of Coronavirus but Black Stars midfielder, Thomas Partey is keeping himself busy.

The Spanish La Liga, where Thomas Partey plies his trade, has been halted due to the pandemic just like many major football leagues in the globe.

So, Partey has been trying out some things like lobbing a football into a basketball hoop in his backyard.

A video of the exhibition of skill was shared on social media on Wednesday.

The Black Stars player is currently reported to be wanted by some clubs in Europe including Arsenal, Manchester United as well as Juventus.

It is reported in the Spanish press that the player has no desire to leave Atletico Madrid and is willing to pen a five-year contract extension with the club.