“I am not retiring yet”-Asamoah Gyan 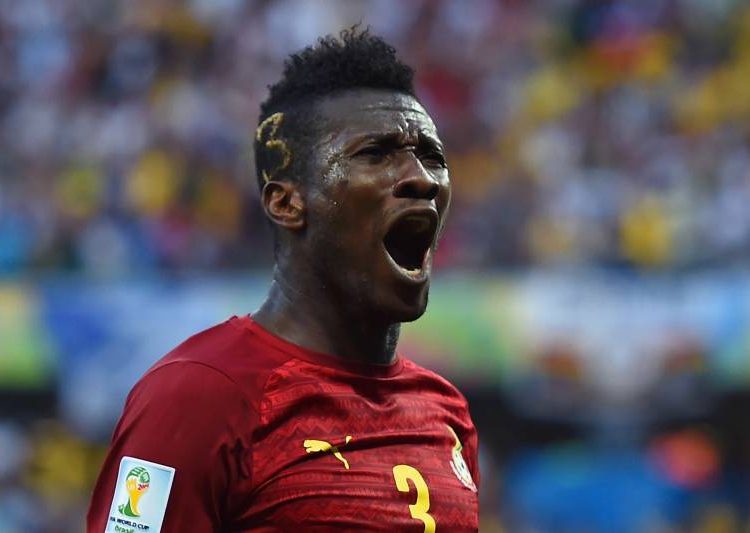 Black Stars general skipper, Asamoah Gyan, has boldly declared that quitting the beautiful game is not in his plans at the moment.

Gyan has not had the best of times in the last year of or so and has been affected by some injuries that hampered his time at Kayserispor in Turkey, NorthEast United in India and even with the Black Stars.

Some critics have gone ahead to state that he should retire from the sport and move into other ventures.

However, the former Sunderland and Al Ain forward has no plans of walking away from football and he made this very clear in an interview with TV3’s Juliet Bawuah on her “In Conversation” programme on Saturday evening.

“It looks like people want to retire me but I am not done yet. I had a couple of injuries but I am getting back to full fitness. I am now okay and I feel good in my body. I have gained a bit of weight that I have to lose and get back to shape.

For me, what I feel will make someone quit is the lack of dedication but my dedication is still there and so, I feel I have a lot to prove on the field. I always say to myself that I will call it a day on my own terms. Nobody can retire me.”

Gyan’s last active stint was with NorthEast United in India between October and December of 2019.

He scored 4 goals in 8 matches played and following the interview with Juliet Bawuah, it is very likely that fans will see him back on the pitch as soon as  regular football returns.