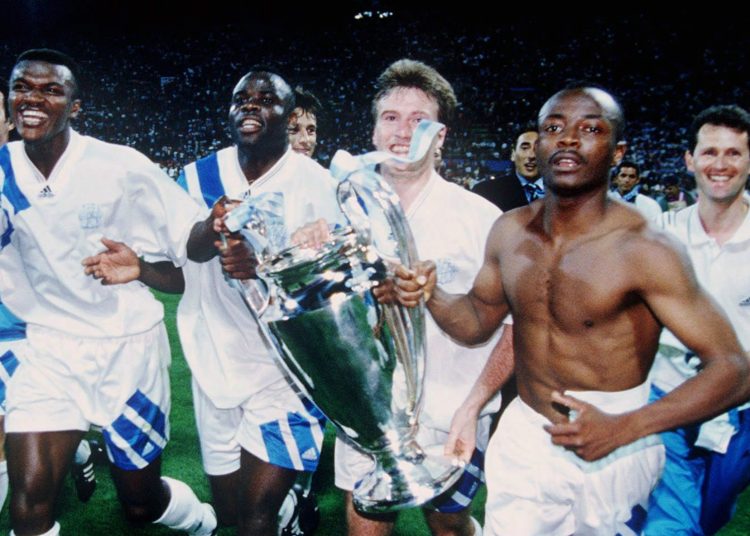 On 26th May 1993, Olympique de Marseille defeated AC Milan by a lone goal at the Olympiastadion in Munich to be crowned champions of Europe.

Ex-Black Stars player, Abedi Pele, was instrumental in the victory over the Italian giants as he provided the assist through a corner kick for Basile Boli to nod home the only goal of the game.

The quality of Abedi Ayew, who was 29 at the time, was notable and created the corner kick which subsequently resulted in the goal.

Abedi Pele, on the right side of the attack, came up against the Paolo Maldini and Franco Baresi who were dominant defenders for AC Milan.

In a match dominated by the Italian side, Olympique Marseille utilised their attacking options through the trickery and pace of Abedi Pele, the assurance of Didier Deschamps in midfield and strength of Marcel Desailly in the heart of the defence for the French outfit.

In an interview with UEFA, Basile Boli described the second half of that final as agonizing.

Frenchman, Boli won Olympique Marseille’s only UEFA Champions trophy but it was the performance of Ghana’s Abedi ‘Pele’ Ayew that resonates among fans.

“I am not retiring yet”-Asamoah Gyan