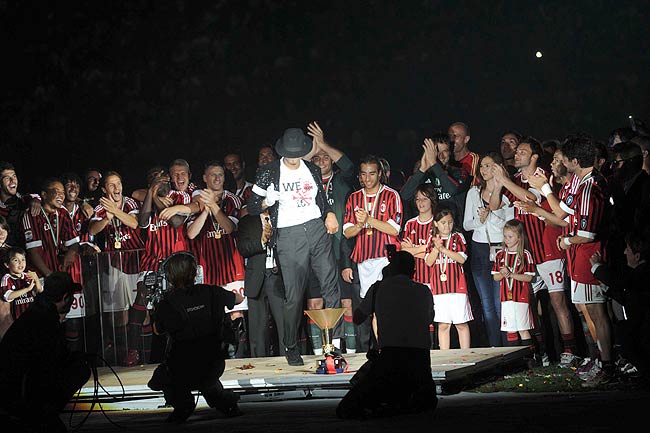 Ghanaian international, Kevin Prince-Boateng, has opened on how he his now famous moonwalk dance in AC Milan’s title-winning season in 2010/2011 came about in the first place.

The Beşiktaş forward disclosed the interesting story of how he ended up replicating Michael Jackson’s moonwalk dance in a conversation with Arsenal and France legend, Theirry Henry for Puma Football.

Boateng revealed that the performance was the fulfillment of a promise he made in an interview during the season.

While he answered in the affirmative that he would do the dance should the team end up with the league title, he said that he did not know his response would get him to do an impression of the King of Pop in front of his team mates and the thousands of AC Milan fans in Italy and all over the world.

“It was funny you know, two months before we won the league there was an interview with La Gazzetta dello Sport, the Bible of Football, they asked Thiago Silva who is the funniest player in the dressing room, and he said Prince Boateng because he likes to dance and sing,” Boateng recalls to Henry.

“You know, it’s like two months when I had the interview so you never know,” he said.  “But the day before we won the league the marketing manager came to me with the program line up and I see on the top Prince Boateng- the moon walk, five minutes, And I was like what,” he exclaimed.

“‘We’ve built the stage, we brought the gloves’ and I was like ‘are you crazy?’. He said ‘you gonna perform’ but luckily I was suspended because I had yellow cards so I had 90 minutes to think about it and in the end had to perform, and this funny thing came out and it was fun,” he concluded.

The Ghanaian international helped AC Milan win their 18th Serie A title for the first time since the 2003/2004 season.