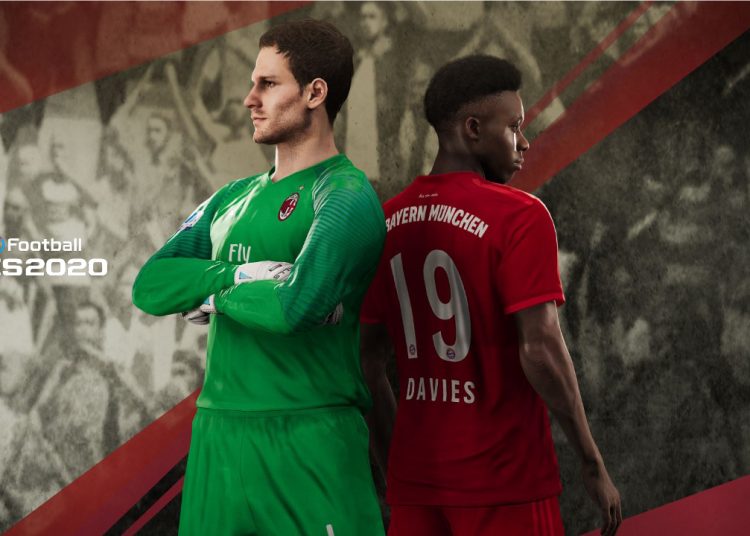 The pair, both former refugees, will fight for supremacy in the much-loved football video game to raise funds for UNHCR, the UN Refugee Agency’s COVID-19 response.

In a series of online matches, Begović and Davies will follow their personal journeys, playing first as their countries of birth (Bosnia and Herzegovina vs Ghana), followed by the countries where they are currently living (Italy vs Germany).

A third and final standoff between their respective current clubs, AC Milan and FC Bayern Munich, will decide the winner.

The tournament will be hosted by football journalist Sam Tighe of Bleacher Report.

Alphonso Davies, widely lauded as one of the finest teenage talents in the world, was born in a refugee camp in Ghana to Liberian parents.

When Davies was five years old, he and his family were resettled in Canada.

At just 16, he became the youngest player to ever score for the Canadian national team. In January 2019, he moved to FC Bayern Munich for a then record MLS transfer fee, before helping the German giants win the German championship later that year.

“I want to use my platform for causes that I care about,” said Davies. “As a former refugee myself I am very grateful for the help my family received, and the opportunities this opened-up for me and where it has brought me. Right now, there are more than 70 million people around the world forced to flee their homes. These are people who – like my family – fled conflict to find safety, and now COVID-19 is putting them at further risk. I hope that whilst people are keeping themselves and their own families safe, they can also help support refugees who have lost everything.”

“It’s important for us to come together as people are suffering, both in our local communities, and beyond,” said Begović. “I have been in a very delicate and vulnerable situation a couple of times in my life. That’s why I want to support UNHCR to help refugees around the world.”

At an early age, Begović and his family were forced to flee their home in Bosnia and Herzegovina, first arriving in Germany before moving to Canada. The 32-year-old goalkeeper has enjoyed an illustrious career, playing for some of the biggest clubs in the world and helping Chelsea lift the English Premier League title in 2017. In 2014, Begović represented Bosnia and Herzegovina at the country’s first-ever World Cup. AC Milan’s goalkeeper has also become known for his philanthropic work through his own foundation.

UNHCR is taking measures to help respond to the COVID-19 public health emergency and prevent further spread. Working together with governments, UNHCR ensures refugees are included in national health response plans and are well-informed on how to prevent the spread of COVID-19, have access to soap and clean water, and continue to receive the life-saving aid and assistance they need.

Donating to UNHCR, even just a small amount, can make a huge difference to protecting refugees from COVID-19 – just 2 euros can buy a bar of soap that would last seven weeks, bringing dignity and preventing the virus from spreading.

The eFootball PES2020 Livestream starts on Saturday 25 April at 15:00 UTC. You can follow the livestream on the following platforms:

“We are pleased with Manhyia intervention in Esperance saga”- Asante Kotoko