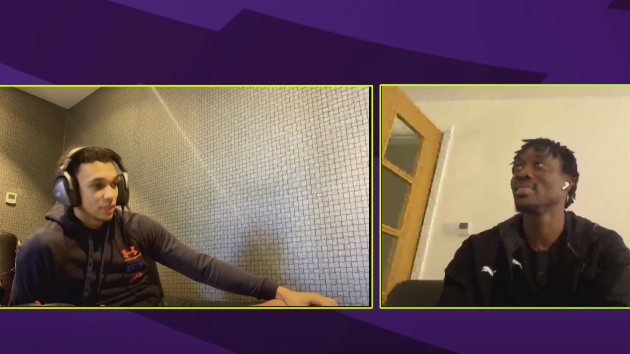 Newcastle’s Christian Atsu suffered a heavy defeat in the quarter-finals of the e-Premier League tournament.

Representing his club in the competition, Atsu met his match against Liverpool’s Trent Alexander-Arnold, who secured a ruthless come-from-behind victory against the Ghanaian.

Atsu took the lead in the fourth minute through Allan Saint-Maximin but from then on was pinned back in his half for most of the first half.

Alexander-Arnold found the equaliser through Roberto Firmino before turning things around with a goal from Georginio Wijnaldum. 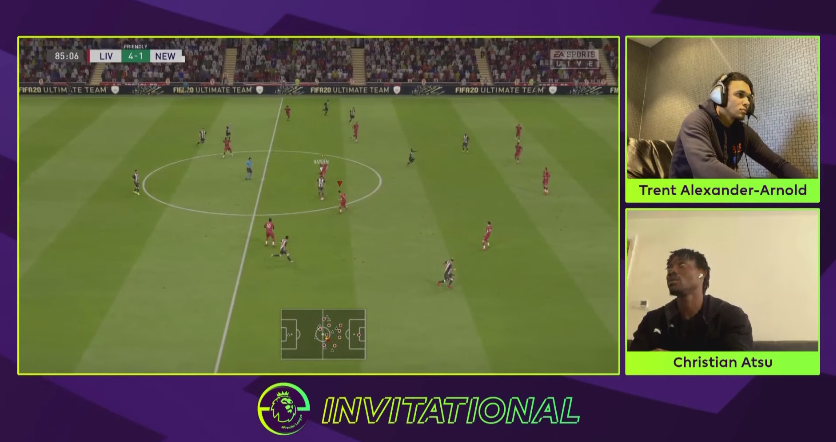 After the break, the Liverpool defender added two more with Mo Salah getting on the scoresheet and Firmino grabbing his brace.

It was a humbling loss for Atsu who had come through a gruelling encounter against Moussa Sissoko in the previous round.

Alexander-Arnold will now face either Andre Gomes of Everton or Man City’s Raheen Sterling in the semis.

Below are some scenes from the match:

This one is hard to call 😬@NUFC took an early lead through Allan Saint-Maximin, but @LFC turned the match on its head to go into half-time 2-1 in front

That’s it! @LFC are our first semi-finalists! They’ve beaten @NUFC 4-1 at Anfield 🔴

It was an inspired turnaround from @trentaa98, after @ChristianAtsu20 took an early lead

Now’s lets find out who they will face 👀 pic.twitter.com/2HzA4QTRpC

Here are some reactions from fans:

Atsu dey use Newcastle sef this. Imagine if he’s allowed to pick Barcelona or any 5star team, like Trent go drink 5.

Atsu do normal normal drink up session😂😂. So sad. 😔.

Fair play to Atsu. He’s using Newcastle and Trent is using Liverpool, the best team in Europe, what do you expect? Lol

Unlucky Atsu, wish Trent would stay off his phone whilst their trying talk to him 🤦🏼‍♂️