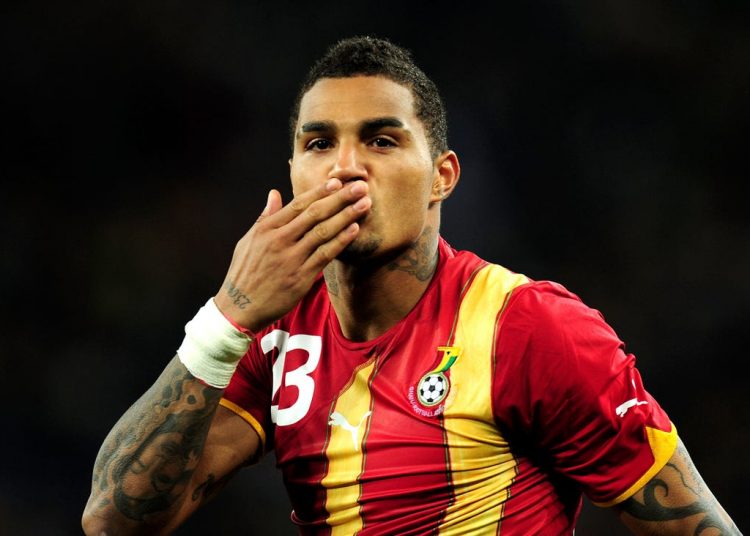 German born Ghanaian international Kevin Prince Boateng says choosing to represent Ghana instead of Germany is one of his best career decisions.

The German born Ghanaian international played for the Black Stars during the 2010 and 2014 World Cups but was dismissed from camp during the latter after a spat with head coach Kwesi Appiah.

He revealed the thought process and circumstances that influenced his decision in a chat with Arsenal legend Thierry Henry.

“When you are young you don’t really know who you are.

“Then football came along and gave me the opportunity to play for Germany and I was proud.

“As I got older and kept my brain the way it is,I always say what I think and want to prove my point  but it was not so welcome.

“There came a time when I thought that I might not make it to the senior team because of all that.

“It had nothing to do with quality,my character didn’t fit so I chose to play for Ghana.

“It was one of the best decision I made in my career.

To go home to see your roots and to experience a different culture and also to play in two world cups they gave me a lot.” he stated.

Boateng’s relationship since making the switch to play for Ghana can best be described as a love-hate one but  he has still expressed willingness to play again for the Black Stars if all parties clear the air on all pending issues.