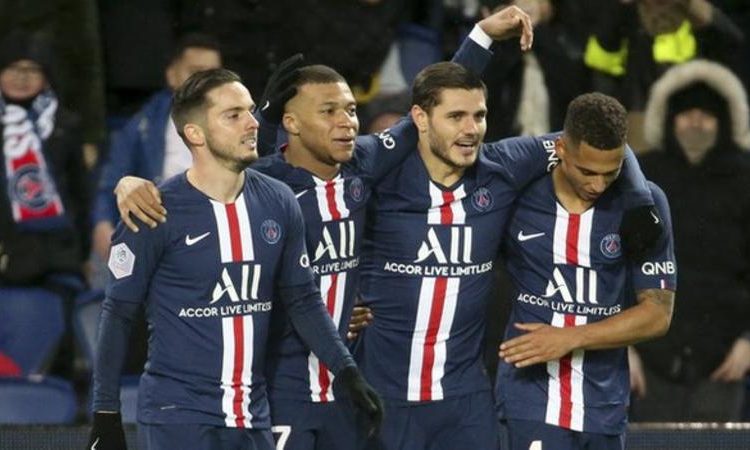 PSG are 12 points clear at the top of Ligue 1, with a game in hand (Image credit: Getty Images)

The Ligue 1 and Ligue 2 seasons will not resume after France banned all sporting events, including behind closed doors, until September.

Prime Minister Edouard Philippe said the 2019-20 sporting season is over as he announced plans to ease France’s coronavirus lockdown on 11 May.

French football’s governing body had hoped to resume the season on 17 June and finish the campaign on 25 July.

Football was suspended indefinitely in France on 13 March.

It is not yet known whether Ligue de Football Professional (LFP) will choose to abandon the season with no promotion or relegation and no champions or base the outcome of the campaign on current standings.

Defending champions Paris St-Germain are 12 points clear of Marseille at the top of Ligue 1, with 10 rounds of matches and one outstanding fixture left to play.

Toulouse are bottom of the table, 17 points from safety, and 10 points behind Amiens. Nimes are 18th and in the relegation play-off spot, three points behind St Etienne in 17th.

The top five sides in Ligue 2 are separated by just four points, with Lorient and Lens currently occupying the automatic promotion spots.

The LFP had previously met on 10 April and voted to resume the Ligue 1 season.

“The 2019-20 season of professional sports, including football, will not be able to resume.

“It will be possible, on sunny days, to practice an individual sporting activity outdoors, obviously respecting the rules of social distancing.

“It will not be possible, neither to practice sport in covered places, nor team or contact sports.”

European leagues have until 25 May to tell European football’s governing body Uefa whether they want to complete or cancel their seasons.

The Dutch top flight was abandoned on Friday with no promotion or relegation and no champions, while on Monday Belgian clubs postponed a vote on confirming the cancellation of their top flight until next week.

The head of the Dutch FA told BBC Sport he thinks it is “very doubtful” the Premier League will be able to complete the 2019-20 campaign.

Uefa has said it will use on-field performance to determine which clubs make up next season’s European club competitions.

If league seasons cannot be finished, it said national associations would need to select clubs to qualify for Europe.