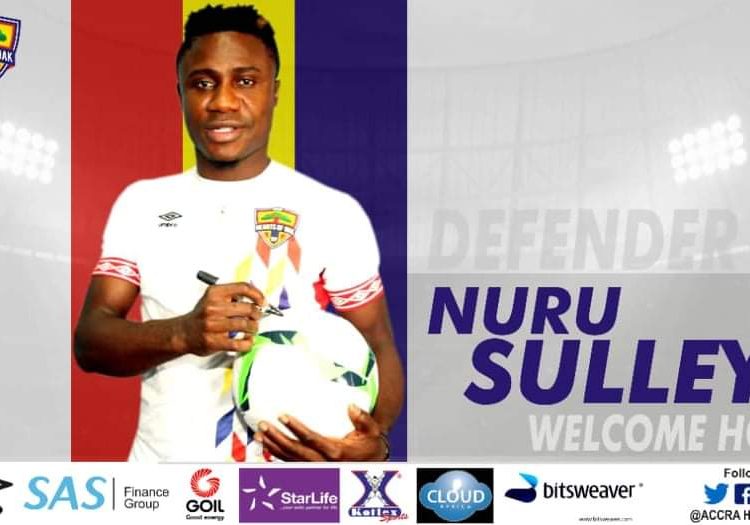 Ghana Premier League giants, Accra Hearts of Oak have completed the signing of experienced center back Nuru Sulley who rejoins the Phobians six years after he left.

📸 | @HeartsOfOakGH is pleased to announce the signing of central defender, Nuru Sule. The Ghanaian international has signed a two-year contract as he makes a return to the club.#WelcomeBackNuru
🔴💛🔵#AHOSC pic.twitter.com/Qpt4cq6EW4