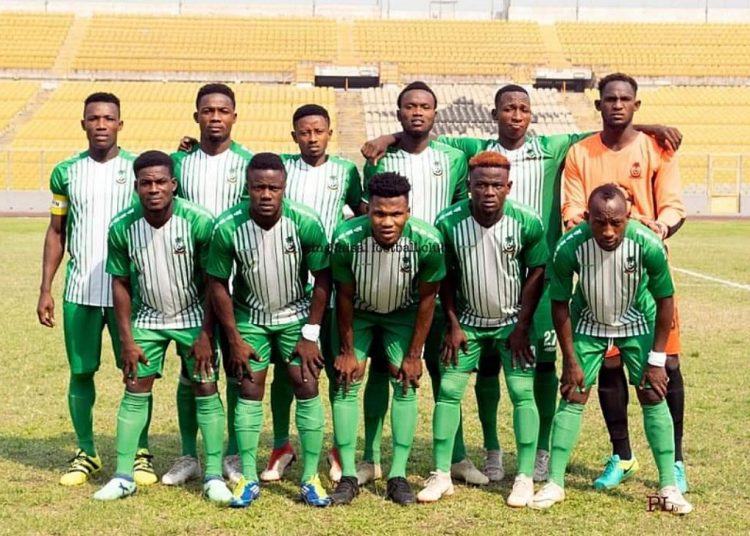 Ghana Premier League side King Faisal have called on the Ghana Football Association to cancel the current league campaign due to the Covid – 19 pandemic.

The club has made its position known in the wake of CAF’s deadline to the GFA asking it to take a decision on whether the current campaign will be annulled or continued before May 5.

Before the league was halted on March 15, the Kumasi based side were bottom of the league log with 6 point and without a win to their name.

“We know that because of our situation on the league log everyone will predict that the first club to call for the cancellation of the league will be King Faisal.

“In our current situation with Covid – 19 you can tell that even European countries that are more advanced are finding it difficult to regroup to train and start their leagues.

“Just recently the French Ligue One cancelled their season.

“In Ghana we don’t have the facilities to regroup as soon as possible so King Faisal’s stance is that due to these factor if we cancel the league now and plan for next season it will be the best for all involved,” explained Awal Mohammed Spokesperson for the club.

In order to curb their poor run of form the Kumasi base side augmented their squad with the likes of Samuel Akurugu and Kwesi Acheampong in the second transfer window.