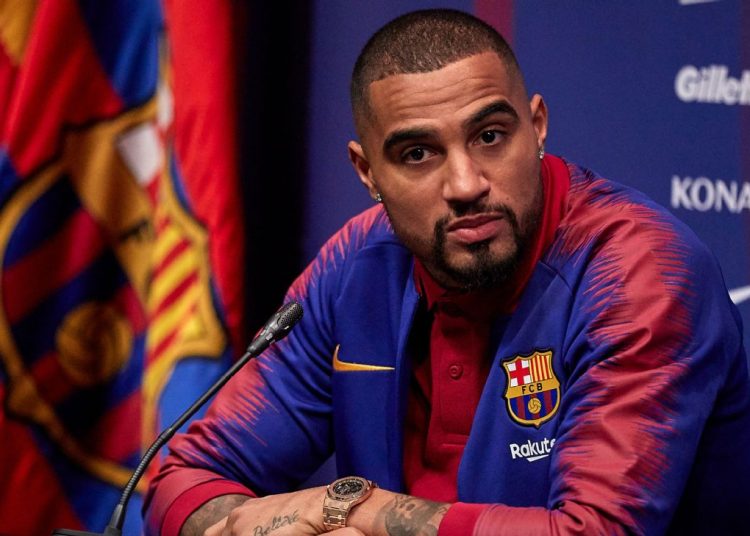 Ghana’s Kevin Prince Boateng has described his stint with Barcelona as unbelievable and a period in his career he will always cherish.

The 33 year old who currently plays for Besiktas joined the Catalan giants in the latter part of the 2018/2019 season but made only a handful of appearances.

Recounting his Barcelona experience he admitted that while the lack of playing time was disappointing the experience in totality was exceptional.

“To come back to this big stage at age 32 one more time just to be there was crazy.

“I didn’t have that for a long time.

“Then I was taking pictures and we did the press conference.

“Then I told myself that i’m back on the big stage now.

“Personally it was unbelievable,but football-wise it was really difficult.” he confessed in his conversation with Montreal Impact head coach Thierry Henry.

He still appeared in awe of how the people of Catalonia received him during his stay and even joked that he won’t allow anyone to downplay his time with the Spanish giants despite the lack of playing time and impact.

“I didn’t play a lot but I walked down the streets and people went nuts and even today people say he played in Barcelona.

“I’ll take that and no one can take it away from me whether it was four games or five games  I played in the starting eleven at Camp Nou.

It is my agenda,” he laughed as he recounted.