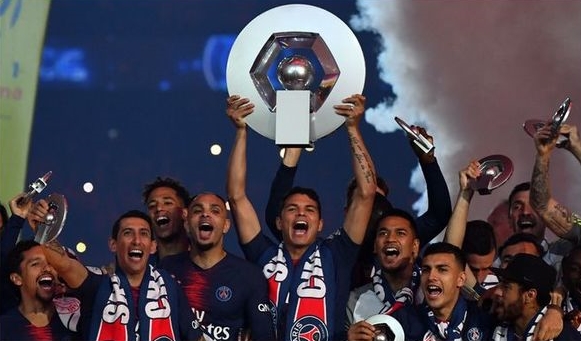 PSG will be crowned French Champions for the 2019-20 season following the premature termination of the campaign due to the COVID-19 pandemic, according to L’Equipe.

The Newspaper reported that the French Football Federation had decided to recognise the current league standings as final.

France banned all sporting events, including those behind closed doors, until September effectively ending any possibility of resuming the current league season.

Paris St-Germain are currently 12 points clear of Marseille at the top of Ligue 1, with 10 games to play, although PSG have one outstanding match as well. 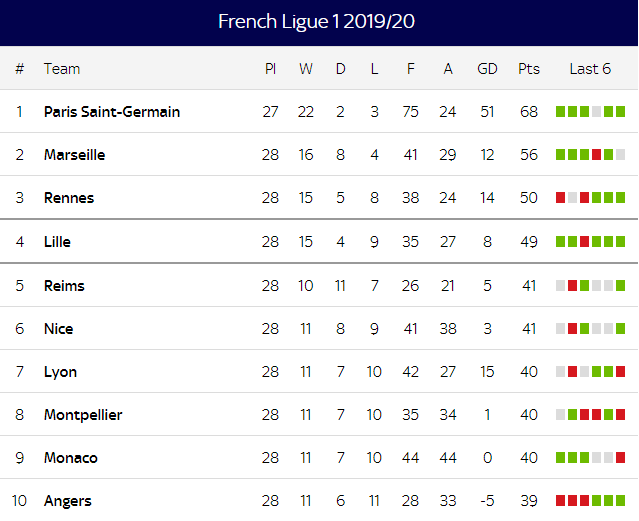 It would be the Paris club’s third straight league title.

With football in the country being frozen since mid-March, there had been hopes that the season could resume in June.

However, Prime Minister Edouard Philippe said the decision to ban sports was to ensure compliance with social distancing directives.

“The 2019-20 season of professional sports, including football, will not be able to resume. It will be possible, on sunny days, to practice an individual sporting activity outdoors, obviously respecting the rules of social distancing,” he said.

“It will not be possible, neither to practice sport in covered places, nor team or contact sports.”

The Dutch league was earlier cancelled with no champions being announced along with no relegations or promotions.

Other countries including Germany, Italy and England are working to find ways to complete the current campaign.