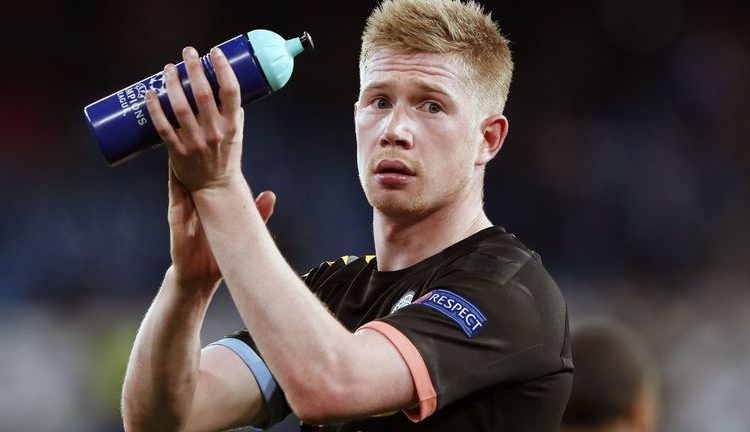 Kevin De Bruyne has admitted he will consider his future if Manchester City’s two-year ban from European competition stands.

The Premier League champions have been banned from all UEFA competitions for the next two seasons for “serious breaches” of Financial Fair Play rules but have appealed against the punishment to the Court for Arbitration of Sport (CAS).

De Bruyne’s current contract with City runs until June 2023 and although he is “happy” at the club, the Belgium midfielder says a long exclusion from Europe’s elite competition could have an effect on his career path.

“The club has told us that they will appeal the decision, and they are 100 per cent convinced that they are in the right,” De Bruyne told Belgian outlet Het Laatste Nieuws.

“I have confidence in my club: if they are saying it’s true, then I believe them. We’ll wait and see what happens. Once there’s a final decision I will look at it.

“Two years [without Champions League football] would be long. One year is something I might be able to cope with.”

De Bruyne has denied his future also rests on manager Pep Guardiola remaining at the Etihad.

Guardiola’s current deal is due to expire in June 2021, although the Spaniard said in November he is open to the possibility of extending his contract.

De Bruyne insists his next career choice will not depend on Guardiola signing a new deal.

“Not particularly,” he said. “I think Pep has said that he’ll stay until the end of next year, whatever happens. I think his contract is running out then.

“We’ll have to wait, but I’m not going to make a decision based on what he does of course. I have already worked under other managers and when Pep leaves, I have to continue working with someone else.

“The last few years a lot of clubs have enquired, and have asked after my future plans, but I’m very happy at Manchester City. I play for one of the best teams in the world, I play in England, in my eyes from a competitive point of view it’s the best league.

“It’s a challenge to be the best here, and to win. That’s something I need to keep on going in my career. Whatever will come, will come.”

Before the coronavirus pandemic forced the football season into an impromptu break, City were pushing for a Champions League quarter-final spot and sat second in the Premier League, 25 points behind leaders Liverpool.

All 20 league clubs have confirmed their willingness to complete the current season, with the “Project Restart” protocol being presented in a conference call on Friday to outline the procedures to allow players to return to full training.

“My feeling says that we may be able to train again within two weeks,” added De Bruyne.

“The government wants to restart football as soon as possible to give people something.

“Everything will be played without fans, I think. That is not so exciting for anyone, but the season will at least be finished. The financial aspect is far too important in the Premier League. If the season is not finished, it will cause serious problems.

“When the league resumes, I don’t really see this as an extension of last season. This feels more like the start of a new season. I have never had such a long break in my career.

“Well, I’m not going to complain about it. Greater powers are at work. Whatever is said and decided, I agree with that.”