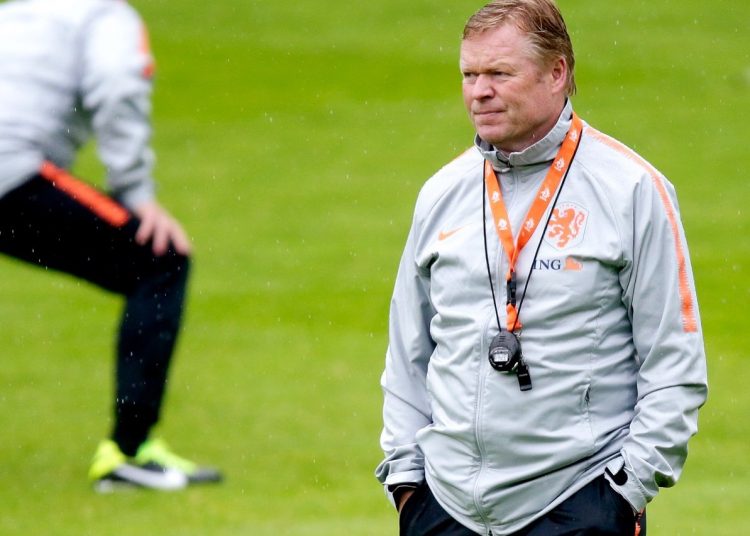 The Netherlands manager Ronald Koeman is in hospital in Amsterdam after being admitted with “chest complaints”.

Koeman, who made 192 appearances for Barcelona during his playing career, is expected to leave hospital on Monday.

“He will need a few days rest, hopefully, it will be respected,” said a statement from his management company.

His wife Bartina told De Telegraaf newspaper that he had been taken to hospital by ambulance after feeling unwell at home.

“The speed with which he was taken to the hospital and the quick intervention of the doctors allowed his condition to be stabilised,” she said.

During cardiac catheterisation, a catheter is inserted into a blood vessel and passed up to the heart and coronary arteries.

Koeman, who scored 14 goals in 78 appearances for the Netherlands, became his country’s head coach in 2018.

A statement from the Dutch football association, the KNVB, read: “Ronald Koeman was hospitalised on Sunday evening after chest complaints. He will return home tomorrow. We wish Ronald a lot of strength and improvement.”

A tweet from the governing body’s account added: “That is a shock. Fortunately, things are going better again.”

💙 l Everyone at #EFC would like to wish former boss @RonaldKoeman a speedy recovery. pic.twitter.com/oqkUURpmrU

From FC Barcelona, we wish Barça legend, @RonaldKoeman a rapid and full recovery. Keep your spirits up! pic.twitter.com/qElhdhjpha