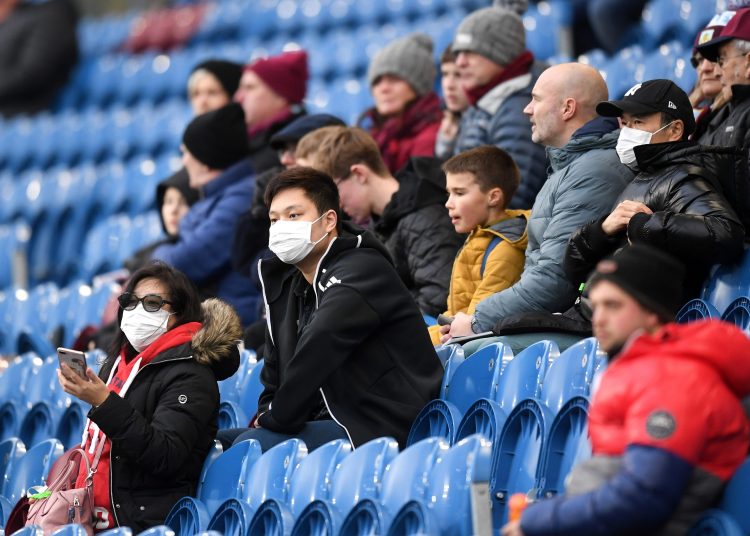 Football Association chairman Greg Clarke has said it is hard to see fans returning to matches “any time soon”.

If the Premier League and Football League resume then those matches will be played behind closed doors.

The Premier League is also preparing for the possibility of playing the 2020-21 season without fans.

“The reality is that we just don’t know how things are going to pan out,” Clarke wrote in a letter to the FA governing council.

“But with social distancing in place for some time to come we do face substantial changes to the whole football ecosystem.

“For example it’s hard to foresee crowds of fans – who are the lifeblood of the game – returning to matches any time soon.”

Clarke said the FA’s executive team has been “building out different scenarios that we might potentially face as a result of the pandemic.”

He also warned a budget cut of £75m will be “sensible” this year.

“In a worst-case scenario, this would be necessary for the next four years to offset a £300m deficit,” he added.

“Clearly that will impact many of our plans as every area of the game will be touched and projects that we all value will be affected.”