Neymar is well known as one of the most skilful active players on the planet.

He also has a well-established reputation of putting those skills on full display in games, even to the embarrassment of his opponents.

One person, rather than risk ending up as Neymar’s latest casualty, hilariously cut short any such possibility.

Playing in a charity match three years ago to raise money for those affected by the Chapecoense tragedy, Neymar took the ball down the left and advanced on his opponent.

To everyone’s surprise and amusement, social media star, Fred Desimpedidos fell on his needs with his hands pressed together, begging for ‘mercy’ from the Brazilian. 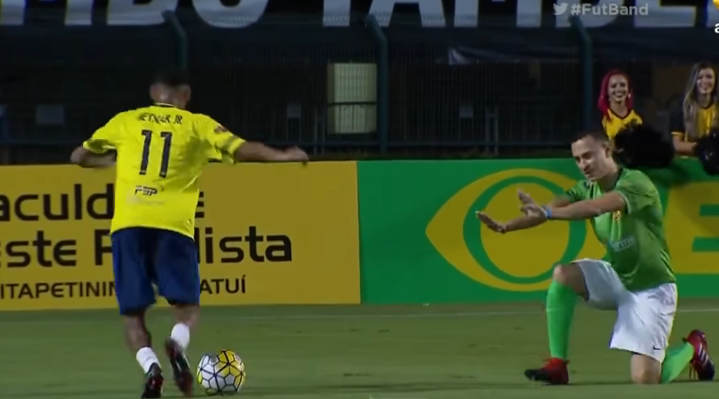 “Please don’t do this to me, Ney,” he is reported to have said.

Neymar, of course, was as ruthless as ever, staggering Desimpedidoswith a couple of dummies before his ball into the box was cleared. 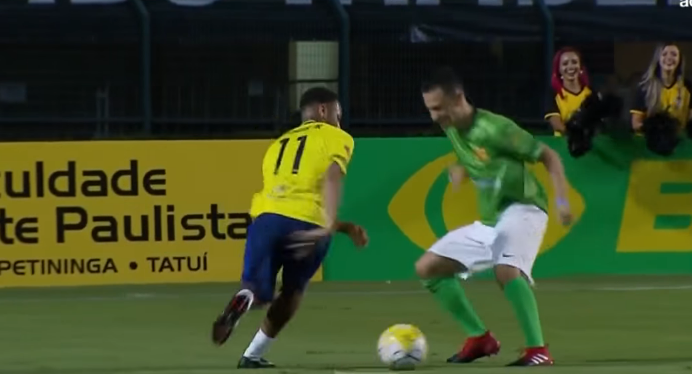 Kaka, Gabriel Jesus and Robinho were some of the big names that took part in the game with the latter and Neymar serving as team captains.

Take a look at the full video below

Neymar wasn’t done just yet though as he also scored an indirect penalty in the game.