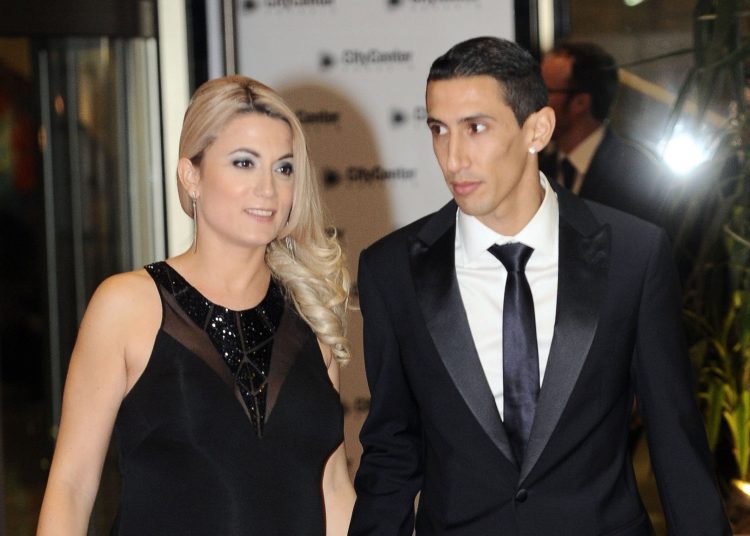 The wife of Manchester United flop Angel Di Maria has launched a remarkable attack on the city, five years on the pair leaving England.

Di Maria swapped Real Madrid for Manchester in 2014 as manager Louis van Gaal paid a club-record sum for a player fresh from winning the Champions League and a World Cup runner-up.

The Argentine failed to replicate his form in England, quickly losing his place in the starting XI before being shipped out to Paris Saint-Germain the following summer.

And for his wife, Jorgelina Cardoso, it was an equally disappointing spell.

“I remember Angel coming up and saying ‘an offer from Manchester United has come in. Maybe we’ll be a little more financially secure…’,” she told Los Angeles de la Manana.

“There was a lot of money involved, and afterwards, the Spanish were calling us money grabbers. And they were right! If you are working for a company and the competition comes along and offers to pay you to double, you take it!”

“I didn’t want to go to Manchester because at that moment in time, I was friends with Gianinna Maradona, who was married to [Manchester City striker Sergio] Aguero, and we flew from Madrid to his house in Manchester to pay him a visit for two or three days when Angel had a few days off at Real Madrid.

“It was horrible! All of it was horrible, we went to the house and we were like ‘see you later guys, we’re out of here’. When we left, I said to him, ‘go to any country – except England’.

“Anyway, one year later and there we were in England and it was horrible. I didn’t like anything about it, not a thing.

“The women are all skinny, prim and proper… weird. You’re walking down the street and you don’t know if they’re going to kill you or what. The food’s disgusting. All the girls are all dolled up to the nines, perfectly made up and there’s me with my hair in a bun and with no make-up on.”

“Pay me my money” – Kwesi Appiah cries for salary arrears

"Pay me my money" - Kwesi Appiah cries for salary arrears