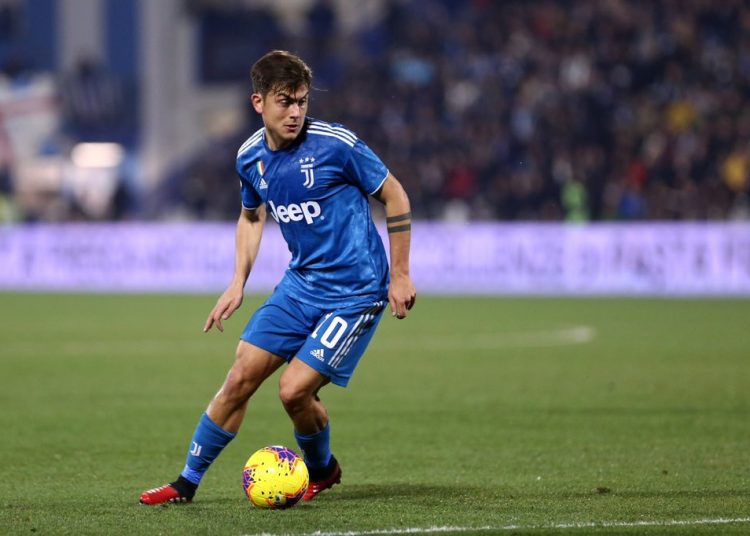 Share on FacebookShare on TwitterShare via Whatsapp
The Argentine striker was initially diagnosed with Covid-19 in March but has now recovered from the virus
Juventus have confirmed that striker Paulo Dybala has tested negative for the coronavirus.

Reports had stated that the Argentine had still tested positive as recently as last week, but Juventus have now announced that Dybala is free of the virus.

“Paulo Dybala performed, as per protocol, a double-check with diagnostic tests (swabs) for Coronavirus-COVID 19, which came back with negative results,” Juve said in a statement on Wednesday.

“The player has, therefore, recovered and will no longer be subjected to the home isolation regime.”

Dybala posted a celebratory picture on Instagram with the caption: “My face says it all, I’m finally cured of Covid-19.”

Many people talked in the past weeks … but I can finally confirm that I am healed. Thank you once again for your support and my thoughts on all who are still suffering from it. Take care! ♥️

Dybala will now be able to resume working out individually at Juve’s training facility, with Serie A players having been given permission from the government to resume training this week.

Players will have to work out individually at their team facilities, with group training on course to begin on May 17 as the Italian top-flight looks to return after being suspended since March.

Last week, all 20 clubs in the Italian Serie A voted to resume the 2019-20 season whenever possible, with the league eyeing a return to the pitch in June.

Serie A will look to follow in the footsteps of the Bundesliga, which announced on Wednesday that it had received government approval to resume its season before the end of May.

Dybala has spoken about how difficult his break from football has been, saying that he hoped to be back on the pitch as soon as possible.

“To tell you the truth, I never thought I was going to miss playing and training that much,” Dybala said during an Instagram Live interview this week.

“I feel like I need to train, see my team-mates and friends and at least touch the ball because training at home isn’t the same on my own.”