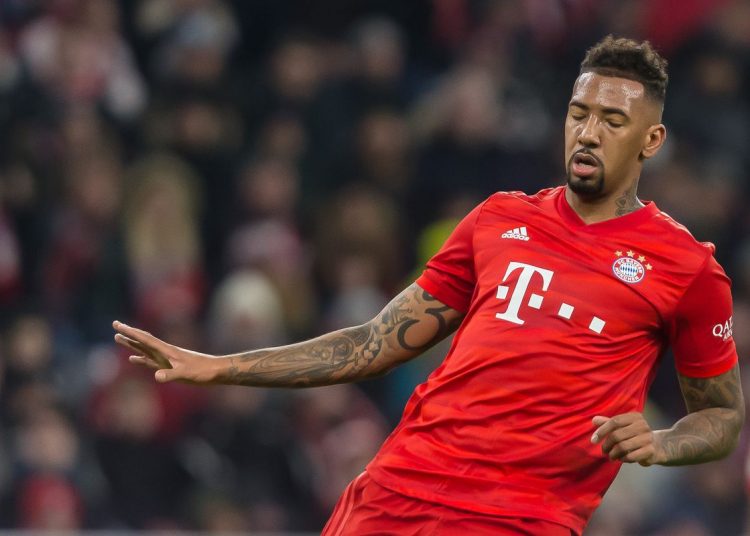 German international, Jerome Boateng has named former French international, Marcel Desailly as his motivation while growing up as a central defender.

The Bayern Munich defender revealed to his brother, Kevin-Prince Boateng, he had several players inspiring him in his career but as a centre-back, it was the 1998 World Cup winner, Desailly who motivated him the most.

The Boateng brothers were sharing answering questions from fans in a YouTube live video chat.

Kevin: Who was your inspiration when growing up?

Jerome: For me, it was Ronaldo, the Brazilian striker.

Jerome: You know for me when I was younger, I played as a forward until I was 14. So first it was him, then when I became a defender, it was Marcel Desailly.

Jerome: Yeah. You know because of his background. He was half Ghanaian, playing for France and then the World Cup in 1998. So yeah, those were the players I looked up to.

Jerome Boateng started his career at Tennis Borussia Berlin as a striker and then left for Hertha Berlin. He left Berlin and joined Hamburg SV on 22 August 2007 for a fee of about €1.1 million.

After three seasons with Hamburg, he left for Manchester City for £10.4 million.

Despite signing with the English Premier League side on a five-year contract, he left after just a season.

On 14 July 2011, Bayern Munich confirmed the transfer of Boateng to the German club for a fee of €13.5 million on a four-year deal.

The defender has since been at Bayern Munich and has since won seven Bundesliga trophies, four German Cups, one UEFA Champions League trophy, one UEFA Super Cup, and one FIFA Club World Cup.

“He was like a wall”: Kevin-Prince Boateng names Makelele as toughest opponent

"He was like a wall": Kevin-Prince Boateng names Makelele as toughest opponent