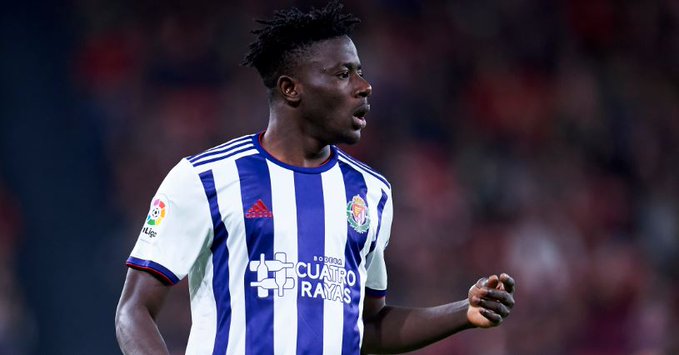 Manchester United have made enquiries about Real Valladolid’s Ghanaian 21-year-old centre-back Mohammed Salisu, with the club wanting to sign a defender for next season to give Victor Lindelof extra competition according to reports by ESPN.

The Red Devils are open to adding a centre-back to their squad in the next transfer window to provide more competition for the Swede.

Club captain Harry Maguire is manager Ole Gunnar Solskjaer’s first choice, but there are concerns about Lindelof’s form after the Sweden international endured a mixed campaign.

Lindelof will stay at Old Trafford after signing a new long-term contract in September, but enquiries have been made about other defenders, including 21-year-old Real Valladolid centre-back Mohammed Salisu who is seen as a long term partner to Maguire.

Salisu is highly rated in Spain following a breakthrough season with Valladolid in the La Liga and has also been linked with a move to Real Madrid.