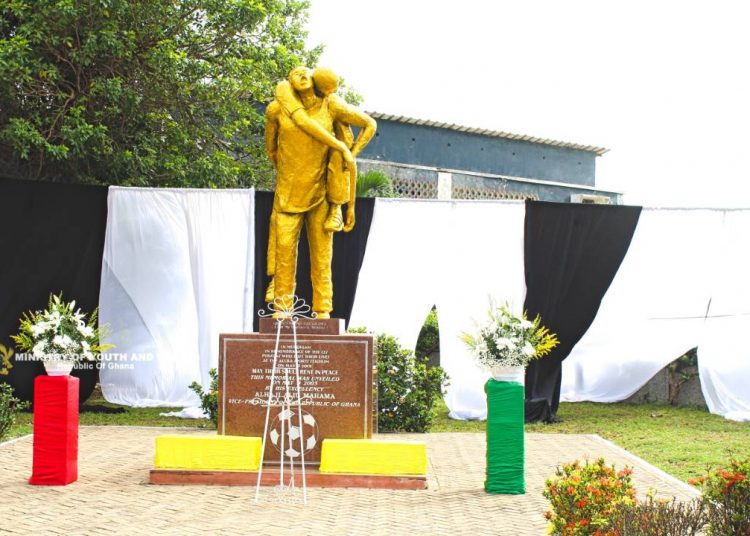 On May 9, 2001, 126 spectators at the Accra Sports Stadium lost their lives with many more injured and the memory of the day still remains with people in a different way after 19 years.

The incident is the worst of its kind in Africa and it has become part of the story of Ghanaian sports as it is marked each year.

Two of Ghana’s most successful football clubs, Accra Hearts of Oak and Kumasi Asante Kotoko met in a league match in Accra in another episode of their intense rivalry at the time.

With the game starting at 5 pm, the Accra Sports Stadium was full at 10 am, according to Joseph Wilson Sey, who officiated the game. He made that disclosure two-years ago In an interview with TV3’s Yaw Ofosu.

After a goalless first-half, Lawrence Adjei shocked the home side, Accra Hearts of Oak, in the 60th minute of the game.

The Phobians equalised through Ishmael Addo 17 minutes after the opener and they went 2-1 up with just 10 minutes left to play as Addo grabbed his second goal of the day. Asante Kotoko fans argued that the goal should have been ruled out as Addo was thought to have been offside.

According to Joseph Wilson Sey, his decision to allow the goal to stand was accurate and the fans did not have to react the way they did.

“People say my assistant raised his flag, yes he did. But for a different infringement. The infringement was for the same attacker but they already had the advantage.

The laws of the game say you should play on and so I allowed the game to continue and the assistant brought his flag down.

And where this gentleman moved to pick the ball had nothing to do with a foul. By law, everything was perfect. He picked the ball and scores.

Yes, some people made noise, it ended and we continued the game.

I did nothing wrong and I have no guilt. I feel bad someone losing their father, brother but the blame that we triggered the event is totally false”.

Some angry Kotoko fans broke portions of the plastic seats at the stadium and threw it onto the running tracks and the field, disrupting the game.

The police responded by firing canisters of tear gas towards the upset fans in a bid to stop their actions.

In turn, the fans tried running away from the tear gas in order to find relief and that led to some major problems at the ground.

With the gates of the stadium locked and medical officers not found, the hour-long chaos led to the death of 116 people due to comprehensive asphyxia (chest compression) i.e. an inability to breathe and ten others reported dying out of trauma and many other left injured.

The Ghana Police Service was blamed by some sections of the general public for the incident as it was reported that the security service over-reacted leading to misbehaviour and indiscriminate actions.

The Sam Okudzeto commission of inquiry, that was  set up by then-Ghana president, John Agyekum Kufuor, to look into the carnage, fingered six police officers and recommended their prosecution.

All six officers – Chief Superintendent of Police, Koranteng Mintah, ASP Faakyi Kumi, ASP Frank Awuah, ASP Frank Aryee, ASP John Naami and ASP B.B. Bakomora – were each charged with 127 counts of manslaughter, but were later acquitted after a submission of no case was upheld by a court.

The commission of inquiry recommended improvements at the various stadia in the country such as security and first aid facilities, and that nationwide rapid response teams should be set up.

The Accra Sports Stadium has seen various renovations and improvement with a major uplift done prior to the hosting of the AFCON 2008. The upgrades included more exits to help fans leave the stadium in a rush without any issues if the need ever came up.

The current GFA, headed by Kurt E.S Okraku, ahead of the new Ghana Premier League season ran a No Hooliganism campaign in a bid to fight improper fan conduct at the various match centres.

The then Chairman of Kumasi Asante Kotoko, Herbert Mensah, has memorialized that tragedy with a fund, the Stadium Disaster Fund and other series of events.

In 2016, an annual Memorial “May 9th Cup” was set created to mark the day symbolize an event which must never happen again.