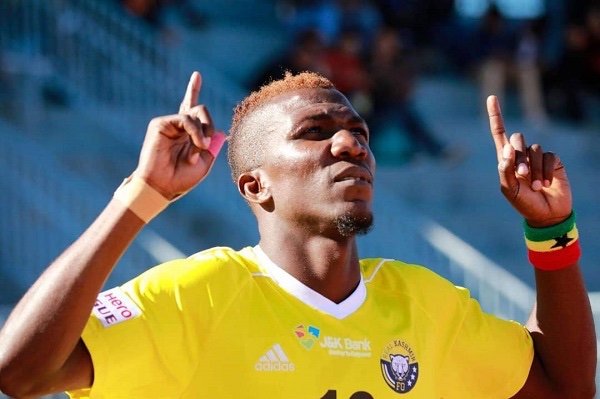 Accra Hearts of Oak have officially confirmed the signing of former Bechem United forward, Abednego Tetteh, on a three-year deal.

The move was announced by Hearts on Monday via its Twitter handle.

📸 | @HeartsOfOakGH is happy to announce the signing of striker, Abednego Tetteh. The goal poacher has signed a three-year contract with the club. #WelcomeAbednego
🔴💛🔵#AHOSC pic.twitter.com/5UdkhynMsT

Tetteh joins after stints in Sudan with Al Hilal and El Hilal Obeid, Jimmy Aba Buna in Ethiopia and Real Kashmir and TRAU FC in India.

Tetteh’s move to Hearts had been mentioned in several media reports as far back as January this year as Hearts prepared to register new players in the second registration window of the Ghana Premier League.