“Michael Essien was the midfield general in my time”- Stephen Appiah 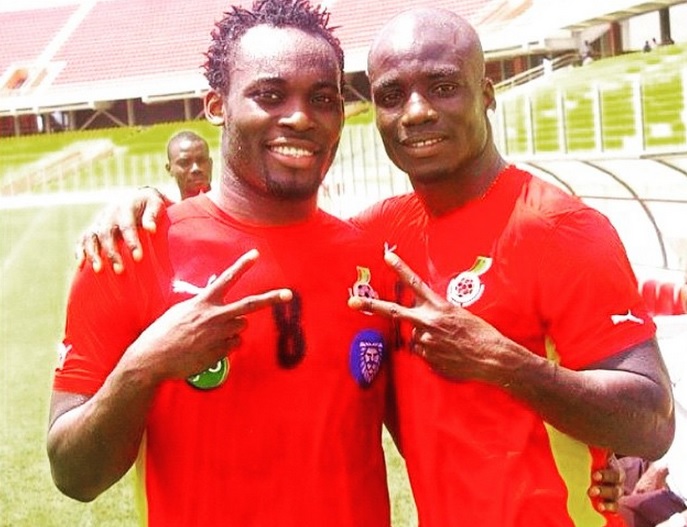 Former Black Stars skipper, Stephen Appiah, has picked out former Chelsea midfielder, Michael Essien, as the most excellent midfielder he played with in Black Stars team.

Essien and Appiah featured prominently in the team as Ghana made its FIFA World Cup debut in 2006 and they were key parts of the team during the tournament as Ghana reached the last 16 in Germany.

Appiah was speaking on a live Instagram chat put together by Betway on Saturday, May 9.

He recounted the various midfield partners he worked with in his time in the national team in response to questions he was asked by fans who had joined the live chat.

He mentioned names like Derek Boateng and a few other but he rated Essien very highly.

“I played with Michael Essien a lot and sometimes with Derek Boateng. In that very popular match against South Africa in Kumasi in which we won 3-0, William Tiero (who played for Liberty Professionals at the time) was in that match and I must say that he played very well that day. I even think he was the best player on that day.

I enjoyed playing with a lot of midfielders in the national team but the Bison (in reference to Essien) was the Bison. He was the general.”

Appiah and Essien’s chemistry was on full display when they combined for Ghana’s second goal in South Africa in a 2-0 win in the 2006 World Cup qualifiers.

Appiah lofted the ball for an Essien header late in the game to seal the result and push Ghana to the 2006 World Cup in Germany.