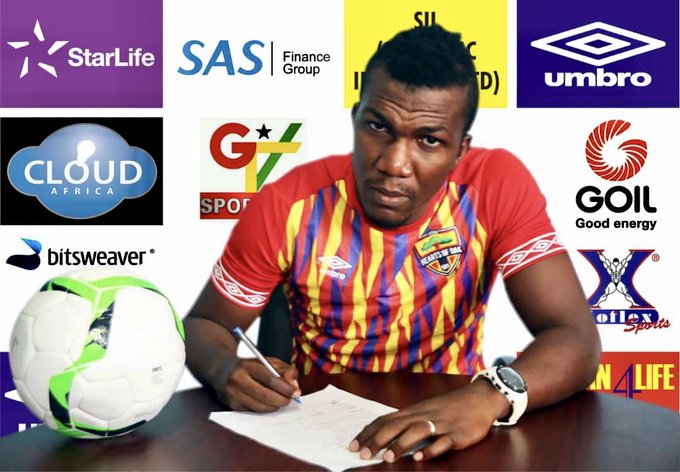 Hearts of Oak have finally confirmed the signing of striker Abednego Tetteh.

The Phobian at heart – who made his name with Bechem United before stints in Sudan (Al Hilal and El Hilal Obeid, Ethiopia (Jimmah Aba Buna) and India (Real Kashmir and TRAU FC) – has been in the camp of the Phobians since January.

Tetteh’s free agent signing and registration for the start of the 2019/20 season could not go through due to a delay in the arrival of his International Transfer Certificate (ITC).

The 29-year-old has had to wait for the second registration window which was opened in March to be officially eligible to feature in the Ghana Premier League and MTN FA Cup competitions the Phobians are actively competing for this season.

📸 | @HeartsOfOakGH is happy to announce the signing of striker, Abednego Tetteh. The goal poacher has signed a three-year contract with the club. #WelcomeAbednego
🔴💛🔵#AHOSC pic.twitter.com/5UdkhynMsT

He becomes the fifth signing to be announced by the Phobians after Abdourahamane Mamane Lawali, Eric Dizan Bi, Nuru Sulley and Danjuma Ademola Kuti.