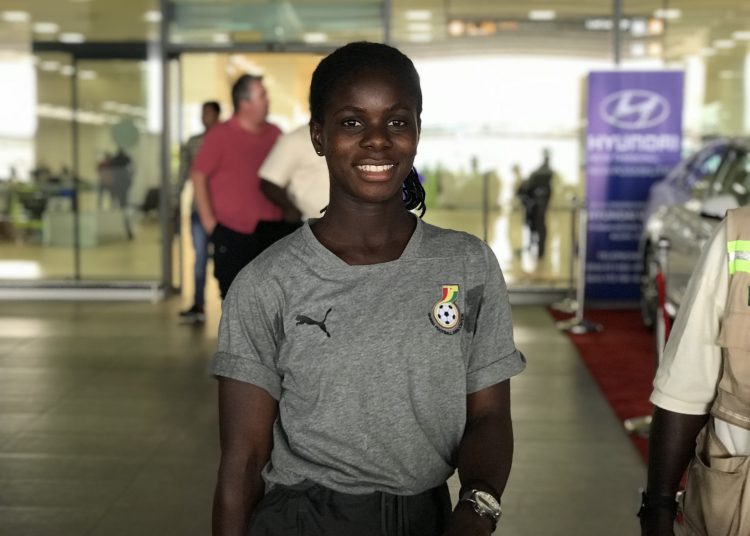 One could sense the buzz of excitement when she picked up the ball close to the center circle.

It was goalless and early in the first half, but she had already caught the eye with her impeccable touch and skill.

She spun round the first defender and made a charging run down the left hand side – evading two more opposing players, before sending a precise cross into the box which was tucked home. 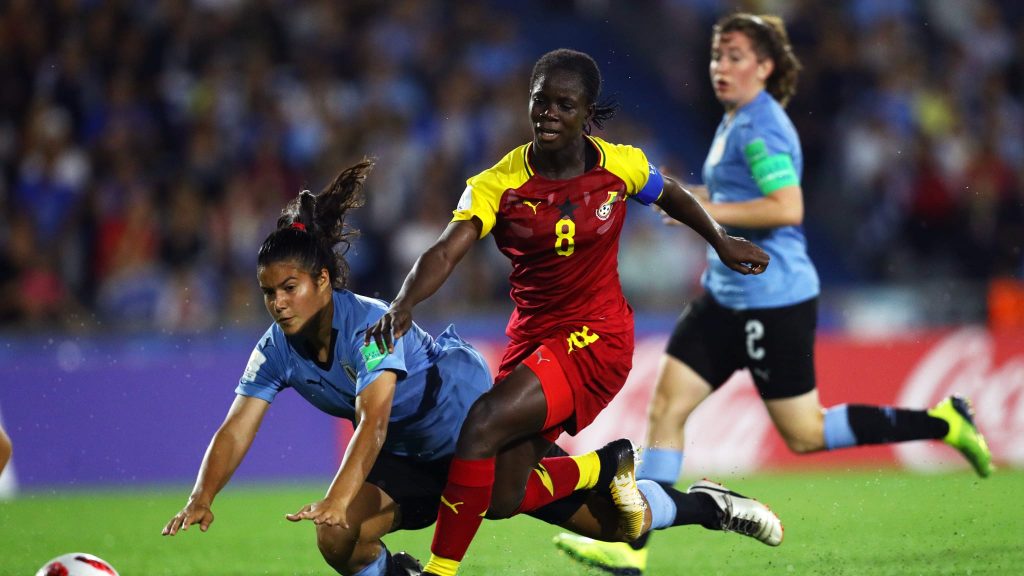 Moments later she headed in superbly from a cross to make it 2-0, eventually ending the game with a hat trick and an assist, as the Black Maidens ran away 5-0 winners on the night.

Three weeks later, although Ghana exited at the quarterfinal stage, she had finished as the tournament’s top scorer with 7 goals in 4 games, and also picked up the Bronze Ball award for the third best player at the competition. 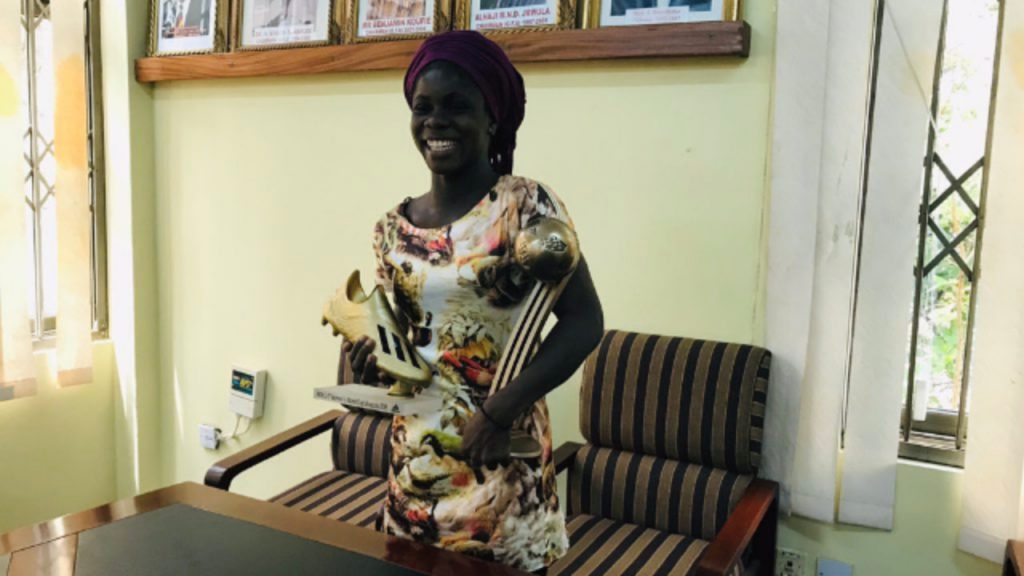 Mukarama with her Golden Boot and Bronze Ball awards

Mukarama Abdulai had just announced herself on the world stage.

Football, although being by far the most popular sport in the world, is still unfortunately seen as a man’s sport. This is despite world football governing body, FIFA, revealing about 30 million females involved in the game.

In several countries, especially in Africa, girls are discouraged to play, often being discriminated against, with most female footballers having to deal with very strong cultural stereotypes.

Mukarama Abdulai, was no exception to this, when her early interest in the sport began to develop.

“Football has always been a game I loved. I had passion for it growing up, but I couldn’t get the chance to play, because my mother, and people close to her denied me.

“Most of them kept telling my mother not to allow me to play, because according to them, girls shouldn’t be made to play football,” she tells me.

The last of 9 children, of whom 6 are male, and all professional footballers at some point in their lives, Mukarama was expected to leave the football to the boys.

She was prevented from playing the game she loved so dearly, simply because she was born female.

For a young girl growing up in a typical rural community, defying a direct instruction by your parents without being caught, is almost impossible. Especially when the said directive is backed by majority of the community. But for Mukarama, she had to find a way to play, as she wasn’t going to let anything stand in the way of her dream.

She recalls, with a slight grin, what became her golden ticket to getting the chance to play.

“Because of my passion for the game, I had my ways of going out to play with the boys in the area. I would usually go out to dump rubbish at the dump site and quickly dash out to play football for a short time and come back.”

After all, dreams don’t become reality by simply waving a magic wand – it takes sweat, determination and hard work.

Mukarama’s dreams were given a massive boost, when Alhassan, one of her brothers, saw her playing with the young boys  in the area, one afternoon on his way back from football training.

Unlike most people in the community, he saw what mattered most when he looked at his sister, talent, not gender.

His eyes were opened to the incredible skill his sister possessed, and he took it upon himself in that moment, to groom her into the star he was determined to see her become one day.

Alhassan used his influence as the older son to convince their mother. The catch? He would personally take Mukarama to training sessions and bring her back home afterwards to ensure her safety – and after weeks of negotiation, mother finally agreed.

“My brother really helped me. Without him I don’t think I’ll be here today. He sacrificed a lot for me to play football,” she laments.

Alhassan was responsible for sending a 9 year old Muka to her first football team, Northern Ladies. Together with his cousin, Hussein, then the coach of the side, they aided massively in the development of little Muka. 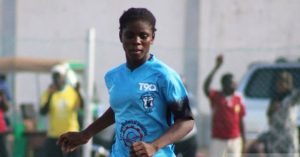 Mukarama in action for Northern Ladies

She continued to show a lot of promise in the next few years, earning the reputation as a lethal goal scorer in among her teammates. It was unsurprising when she was called up for justifiers for the Black Maidens at age 14.

Nervous, and feeling insecure about her abilities, Mukarama managed to keep her head down, and perform to satisfaction.

“I was scared when I heard I’d been called up for the national team justifiers. Competing against girls from different teams all over the country was going to be tough.

“I was scared I’d be dropped after the first stage, but I made it through. My heart was beating fast when Coach Adotey [Black Maidens Head Coach] came in to announce the final list, I really wanted to make the team, and I was excited when my name was called as one of those selected.”

The most striking feature about her game, is the ease with which she scores goals.

Hardly would you find a player who is simply gifted at putting the ball in the back of the net. And for Mukarama, she believes that is the reason why she was chosen to represent her nation.

“I’m on the field to score goals. That’s why I’m a forward player. When I don’t score a goal in a game I feel very bad. Scoring is just a gift God has given me. I only have to make sure my positioning on the pitch is good, and the goals will come. It just comes naturally.”

Mukarama rose to fame locally because of her goal scoring exploits with the Black Maidens during the U-17 Women’s World Cup qualifiers.

12 goals she scored, in just 4 games, to propel the team to the competition. 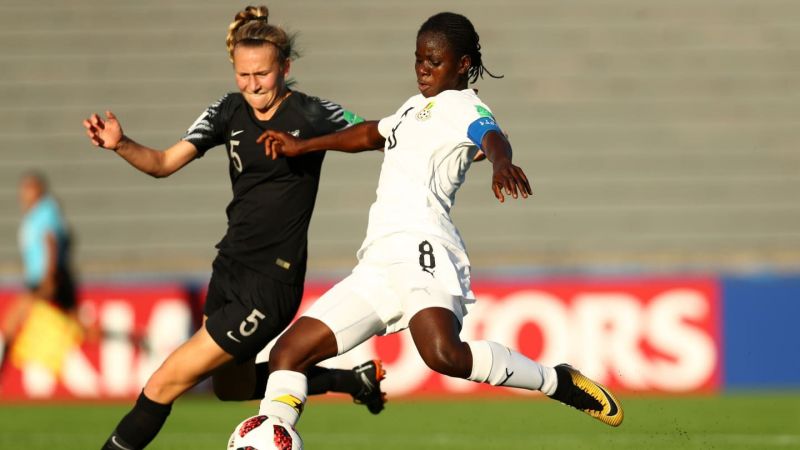 A competition Ghana exited at the quarterfinal stage, via a penalty shootout defeat at the hands of Mexico. Nonetheless, she had made her mark on the world stage, ending the year with 19 goals in just 8 appearances for the Black Maidens.

Months later, her performance at the global showpiece earned her a nomination alongside star names like Nigeria’s Asisat Oshoala and South Africa’s Thembi Kgatlana, for the 2018 CAF Women’s Player of the year, the youngest player nominated in the category.

She was also named Sports Writers Association of Ghana (SWAG) Female Footballer of the Year that same year.

Mukarama gained admission into the University of Development Studies (UDS), and in early 2019, she starred for them in their GUSA games triumph, picking up the competition’s best player award, after jaw dropping performances. 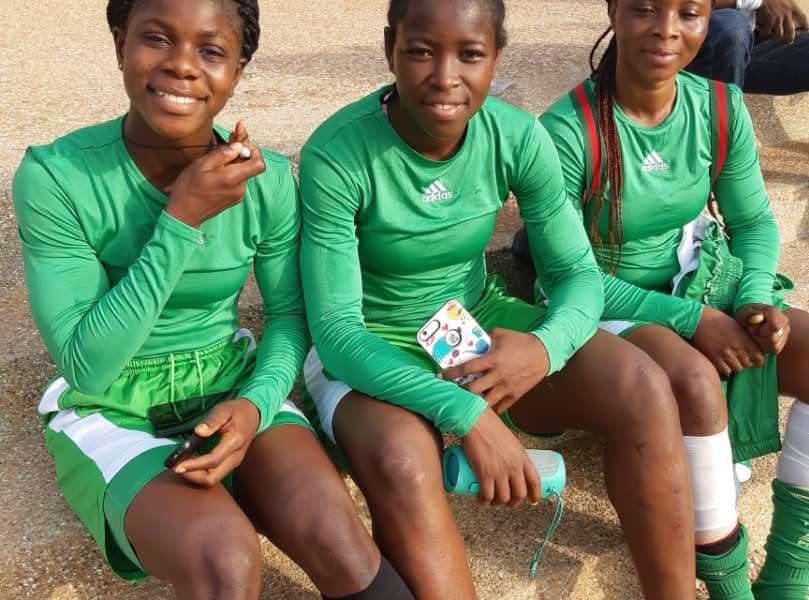 Mukarama and her teammates during the 2019 GUSA Games

She’s currently in Texas, USA, after gaining a scholarship to the Tyler Junior College, where she continues to star for the University’s Women’s soccer team.

After recording three consecutive braces to close out the tournament, Mukarama Abdulai was selected as the Most Valuable Offensive Player of the competition. 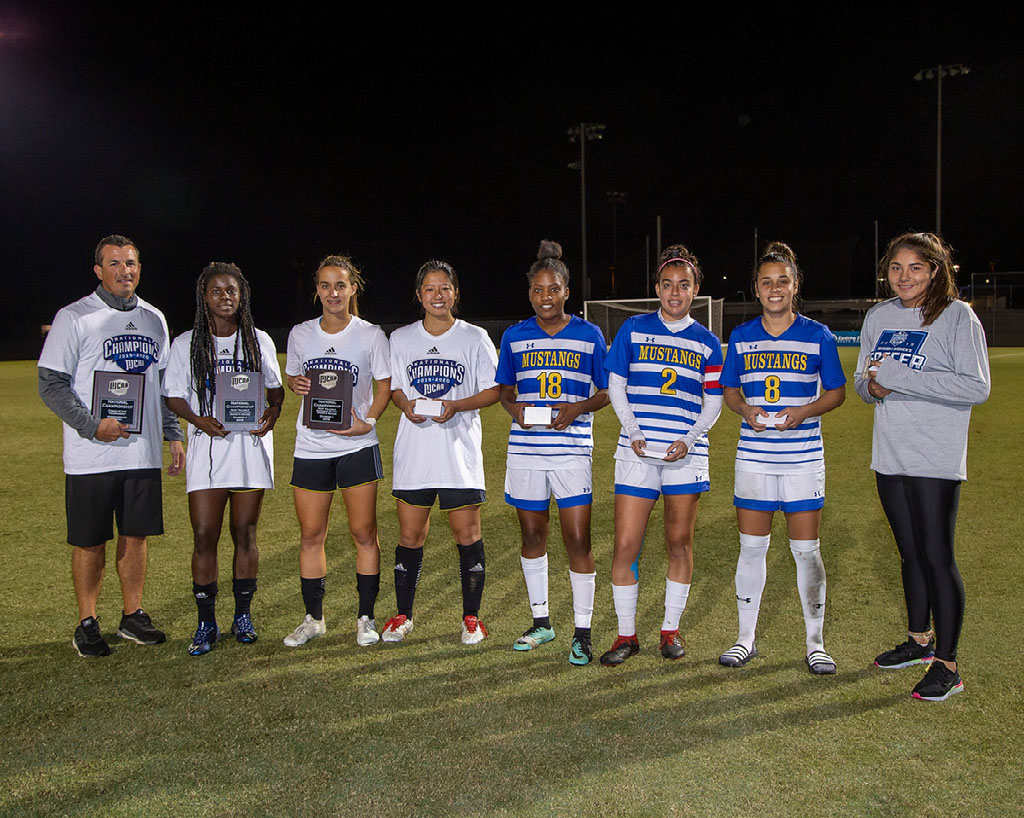 Mukarama (2nd left), with some other award winners from the NJCAA DI Women’s Soccer Championship

It is often said the opportunity to find deeper powers within ourselves comes when life seems most challenging.

Mukarama’s story is testimony to this epigram, turning adversity into advantage, and becoming one of the country’s most promising football talents.

Mukarama is on a path to greatness, a path she created herself and all we can do is give way.