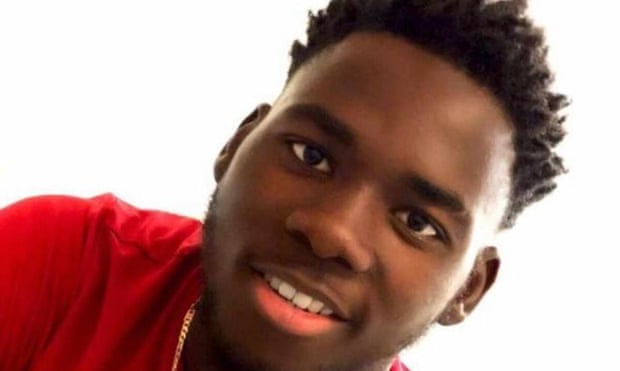 A teenager died in a fatal stabbing after a reported street fight in south London.

Francois Kablan, 19, was found with fatal stab wounds in Southwark at 5.30 pm on Wednesday and pronounced dead at the scene.

He was found on Great Dover Street after reports of several men fighting nearby.

The Harlow reserves football manager, Adam Connolly, said: “Francois was a wonderful person and player. A lot of our players went to the same college as Francois, so it’s been hard on everyone within the squad to hear of this tragic news.

“On his last game for Harlow, he scored a superb hat-trick to win us the game and walk away with the match ball. He was certainly a talented footballer and one who could have gone on to feature for the first team.

“On behalf of all of the squad, and everyone at the club, our thoughts are with his family and friends.”

The Metropolitan police said three males aged between 15 and 20 and an 18-year-old woman were arrested near the scene on suspicion of murder. Two of the males, aged 15 and 17, remain in police custody and the two other people arrested have been released on bail.

DCI Kate Kieran said: “Our thoughts remain with the family and friends of Francois. This is a tragic loss of life of a young man and we will continue to investigate to ensure justice.”

A fundraiser has been set up for Kablan and so far reached £2,700, against its £1,000 target. The money donated will go towards helping the 19-year-old’s family.

Other clubs across Essex, including Witham Town, Epping Town, Bowers and Pitsea and Essex Alliance Football League, have shared messages of support on social media.