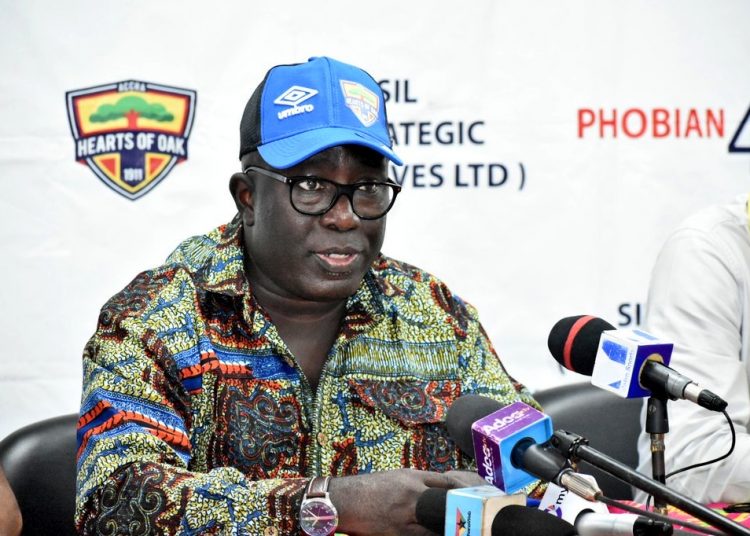 Hearts of Oak MD, Frederick Moor, has opened the lid on how much money the team averagely spends every time it has to play a Ghana Premier League match.

The Phobians, like their other 17 counterparts in the Ghana Premier League, have not played a match since March 15 when the President, Nana Akufo Addo, announced a ban on public gatherings including sporting events.

This has left football clubs facing massive financial challenges in terms of making money to keep their operations going since there are no revenues from gate proceeds and football transfers.

These two elements form a huge a part of how football clubs make money in Ghana and their absence has led the Ghana FA to ask the government of Ghana for some financial support for the clubs.

However, no one seems to know how much the clubs spend and contribute to the national economy.

In an interview on Happy FM and GTV Sports Plus on Thursday, Moore revealed Hearts’ average expenditure on a match day in the Ghana Premier League.

“The average amount that we spend on a match day is between GHS 15,000 and 25,000 and that depends on where we are going, which hotel we are staying in and how long we will spend there.

In terms of revenue, we got nearly GHS 400, 000 from our match with Asante Kotoko and everyone knows that. On an average day, we will make as little as GHS 25,000 at the Accra Sports Stadium.

Consider the fact that when we go away from Accra, we do not make a penny. So, whatever we make in Accra should be divided by two in terms of the income but the revenue doubles because we pay when go away from Accra.”

Hearts played 14 matches in first round of the league before it was suspended due to the Coronavirus pandemic. They were set to play their 15th match against Techiman Eleven Wonders but the game was called due to the ban on public gatherings on March 15.