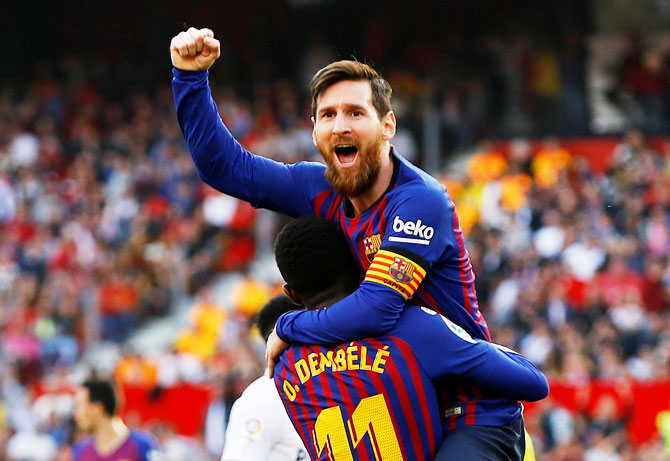 LaLiga will reportedly be making a comeback on June 12 with a derby between Sevilla and Real Betis, according to Spanish radio show El Partizado de Cope.

The proposed return for LaLiga is expected to be made official and sent out to clubs on May 28.

‘There is no better way for LaLiga to return than this derby,’ said Sevilla sporting director Monchi, according to Football Espana. ‘It will be one more incentive, as we are all looking forward to football returning and that first match will be magnificent.’

Spanish clubs are currently allowed to train in groups of up to 10, and there have long been plans for a return to action in mid-June.

LaLiga president Javier Tebas has insisted that all remaining games will be completed, and they could be played every day for a month if the league makes a return in June.

There are 11 match days remaining in the LaLiga calendar, with Barcelona currently top of the table by two points.