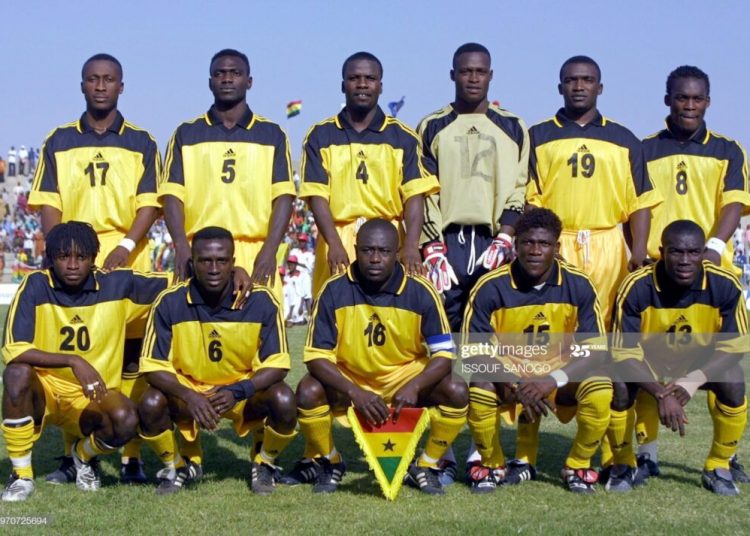 Former Ghana defender, Samuel Osei Kuffour has opened up on why he was dismissed from the Ghana camp at AFCON 2002 in Mali.

The former Bayern Munich star was sent home after Ghana’s opening group game against Morocco with speculation rife that he had broken camp rules.

But Kuffour in an interview with GTV Sports Plus, said he was sent home because he spoke up against horrible living conditions in the team’s base.

“Nobody was able to tell them that what they were doing was wrong, and I was so glad that the late Ben Kofi apologized to me after the competition,” Kuffour began.

“When he was launching his book I was there and he told me he was sorry. At my mother’s funeral he also apologized and said the way I was sacked from the camp was wrong,” he said.

Kuffour then went on to address rumors that he was sacked from the tournament because he violated camp rules and sneaked out to a night club.

“And they even said I went to the night Club which was not true because there was no Night Club even at where we were staying.

“I never regret being bold because I was concerned that some of the players could even catch some serious disease,” he went on.

“Black Stars were eating by the road side, a chop bar, you can ask any player.

“Why did Michael Essien leave the camp and went back? Has anybody asked this question before? The players were not happy with the situation,” Kuffour concluded.

Ghana exited the competition at the quarter final stage after losing 1-0 to Nigeria.