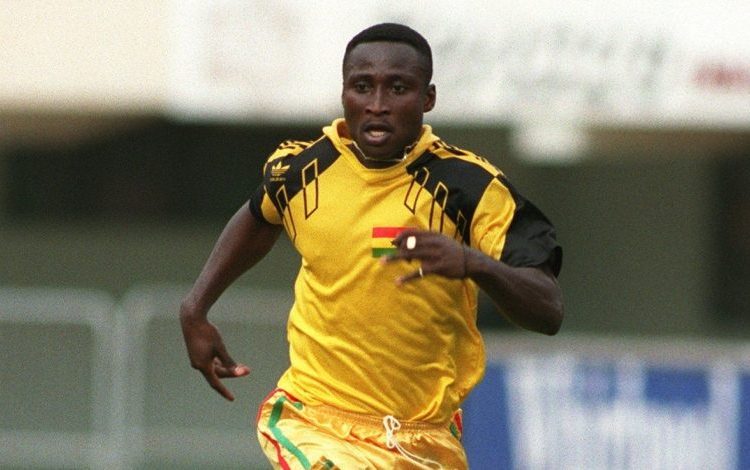 Ex-Black Stars and Frankfurt goal poacher, Anthony Yeboah, has revealed that the disunity in the team cost them the 1992 AFCON trophy in Senegal.

After an impressive run to the final of the Black Stars succumbed to their West African neighbours, Cote d’Ivoire, on penalties after the match ended goalless in regulation time.

The Black Stars were without Abedi ‘Pele’ Ayew who was serving a suspension and  according to Yeboah, his absence, coupled with the team’s unsettled nature resulted in Ghana not winning their fifth AFCON trophy that year.

“We realised we made a lot of mistakes, we were supposed to win the tournament totally because we were much better than the others,” former Leeds United and Eintracht Frankfurt striker Yeboah said on GTV Sports Plus.

“The petty things we couldn’t do right cost us that trophy but the team we had at that time was fantastic. There was also a little bit of misunderstanding in the team.

“We didn’t have a problem against each other but as I was saying there was a misunderstanding. The teamwork wasn’t like it was supposed to be so I think that cost us a lot.”

Yeboah’s time with the Black Stars ended in 1997 with 59 appearances and 29 goals to his name.

Vincent Djokoto writes: Until the bones are rotten

Avram Grant: Asamoah Gyan could've achieved more if he had stayed in England