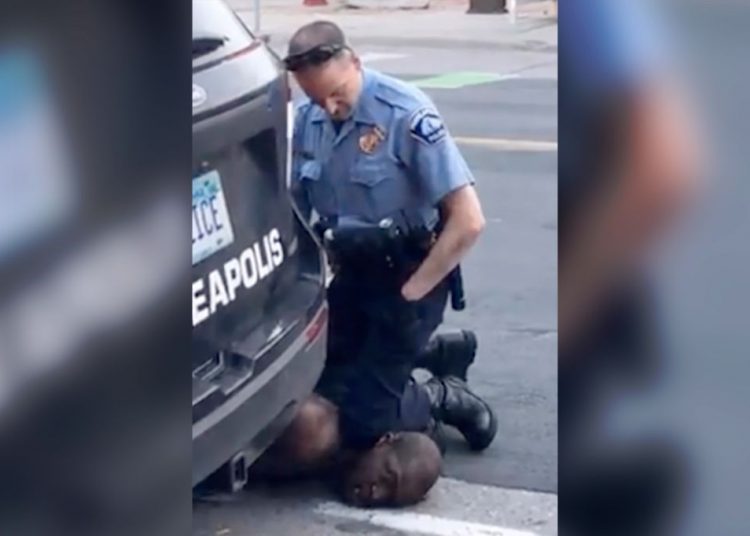 Former NBA star Stephen Jackson has spoken about his despair when he found out about the death of his ‘best friend’ George Floyd.

Jackson, in an interview with NBC, said his girlfriend’s mom texted him the video of a police officer kneeling on his friend’s neck.

He added that it took him a little while to realise who was in the video but when he did, he could not control his sorrow.

“I jumped up, screamed, scared my daughter, almost broke my hand punching stuff because I was so mad, because I’m the type of guy,” he said.

“I get mad and I get into a full face of tears when I see a homeless man on the street that I can’t help, so let alone my best friend on TV for the world to see getting killed over a fraud charge, a fake $20 bill. It just destroyed me and I haven’t been the same since I saw it.”

Jackson added that seeing the video was a very difficult experience for him, especially as George Floyd could be heard calling out for his mother.

“We don’t scream our mother’s name like that unless we know something is wrong and our life is in jeopardy and we have, we can’t control it. That was a cry for help.”

Floyd died after complaining that he couldn’t breathe when the arresting officer, Derek Chauvin, kneeled on his neck for a number of minutes.

CNN reported that four officers at the scene were fired on Tuesday and that state and federal authorities are investigating the case.

The Minneapolis Police said in a statement that their officers had been called in over an alleged forgery, arresting Floyd who was at the scene.

Police said he “physically resisted” arrest when he was being handcuffed, however, footage from witnesses and from nearby cameras did not show any confrontation between Floyd and the officers.

The police added that Floyd “appeared to be suffering medical distress.” during the arrest and that he was taken to a hospital, where he was pronounced dead.

The incident has sparked protests across the US, with some turning violent.

Jackson said that Floyd would have been happy with the concern shown by the protesters but punishing the people who caused his death should be the top priority.

“He’s not the type of person to promote violence and stuff like that. He used to baptize people, so what we’re seeing right now, this is not what Floyd would want,” Jackson said.