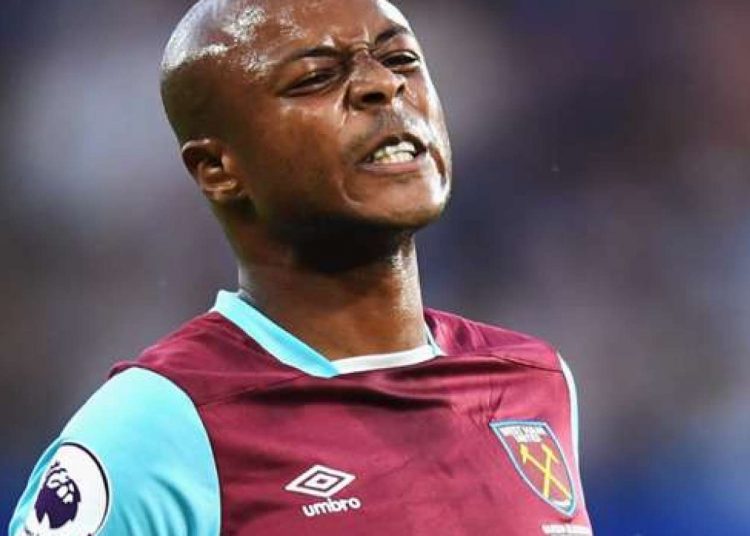 It is safe to say that Black Stars captain, Andre Ayew’s, time at West Ham wasn’t his most memorable, but fans of the club seem not to have forgiven nor forgotten his poor performances during that period.

Hammers fans took to twitter and ripped into the Black Stars captain, criticizing his attitude and performances during his time at the club.

West Ham fan page, COYIrons, asked supporters for their opinions on the Ghanaian’s time at the club, which had lots of fans commenting – most of which were negative.

Nothing against the guy but wasn't a fan of him. Bottled challenges/headers, didn't give 100% very often, seemed to sulk at times and ultimately, I didn't think he was very good. I couldn't believe we got £18m back on him!

One of those who wasn’t by any means a bad signing just not wroth the £20m he cost,

Waste of time to be fair

If he scored he would turn into Messi for the rest of the game.

When most of the time he didn’t score, he was like Charlie Adam.

Missed chances my 89 year old mum could have scored 😂

huge disappointment. At times I felt like he was not giving 100 pct, although he came up with the occassional big goal.

Lethal from 4 yards. Absolutely useless from anywhere else.

Ayew joined West Ham from Swansea City in August 2016, scoring 12 goals in 50 appearances for the Hammers.