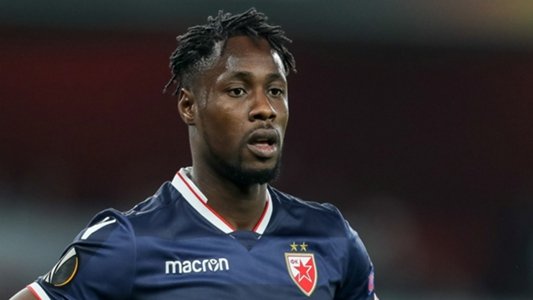 Ghana international, Richmond Boayke-Yiadom, looks set to be at the end of his stay at Serbian giants Red Star Belgrade, after it emerged the forward will run down his contract and leave on a free transfer.

The 27 year old, whose season has been riddled with injuries, is reportedly courting interest from a number of English teams.

Sources close to the player indicate he has his heart set on a move to England, whether in the Premier League or the Championship.

Boakye-Yiadom, who rejoined Red Star after a brief spell in China has made only 9 appearances for the Serbian league leaders this campaign, scoring only once.

He was part of the Black Satellites side that finished fourth at the 2013 FIFA U-20 World Cup.