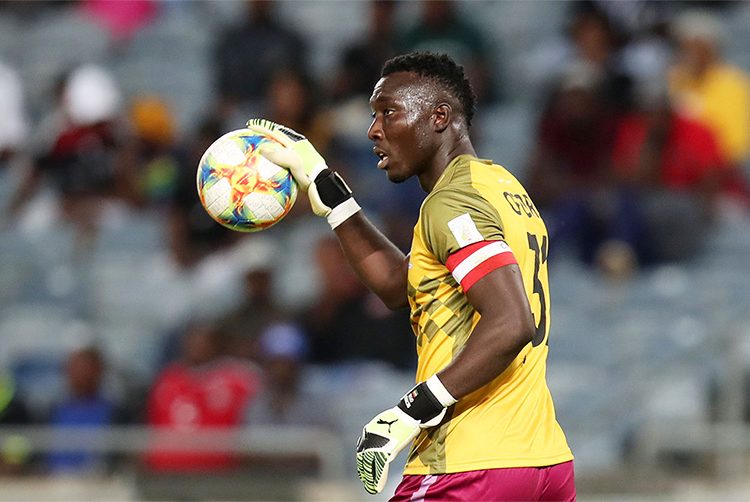 Maritzburg United captain Richard Ofori recently pledged his future to the club by inking a new deal at the ‘Team of Choice’.

However, the media still continue to speculate on the future of the 26-year-old, who has underlined his commitment to the club.

“I’m happy because since I came to Maritzburg United they have been treating me good. I’m enjoying the club at the moment and that is the most important thing, I’m concentrating on Maritzburg United.”

Ofori also praised the standard of football in the Premier Soccer League (PSL) in South Africa, saying it compares favourably to international standards.

“The tempo in the PSL is high, even compared to the national teams, the tempo is the same (as international),” he stated.

“Because of this I have improved on many things. Like when I went to the Africa Cup of Nations (AFCON), the tempo was the same. It was easy for me to play internationally, against European countries, against teams like Japan.

“I’ve played in AFCON, competing with goalkeepers who play in Europe, and there wasn’t any difference. The mindset and the willingness to work is the most important thing.”

Regarding a possible return to PSL action – most likely behind closed doors with no fans in the stadiums, Ofori admits it’s a difficult situation but says it’s important for players to do their jobs.

“Yes, it will be hard not playing in front of the fans, because they push the tempo of the game and everything. But we can’t rely on that and if the opportunity comes to play without fans then the players must push because we’re doing what we’re been paid for.”

“It can be difficult, because sometimes you need the goalposts and the nets and everything to train,” the Ghana international continued. “Sometimes it’s difficult at home, especially for goalkeepers, you need you 18-area, your six-yard box. But the most important thing is the fitness, if you are fit then you can do anything.”

Around the world and within South African football teams as well, professional players have been given fitness programs by their clubs in order to keep in shape as best possible during the coronavirus crisis.

As Ofori points out, there are challenges to overcome. But ultimately, it’s the responsibility of footballers to maintain their professionalism so that they can be ready to resume action as soon as possible, once the green light is given by authorities.

“Most clubs have been doing individual training. It depends on the players; how professional they are. If they have been doing the training they are supposed to have, I think within two to three weeks we could be ready to play.”

AFCON 1992: "Tony Baffoe did not deserve to be captain"-Tony Yeboah