In an extract from a new book on African players, the Liverpool manager talks about Tony Yeboah and his respect for Mo Salah 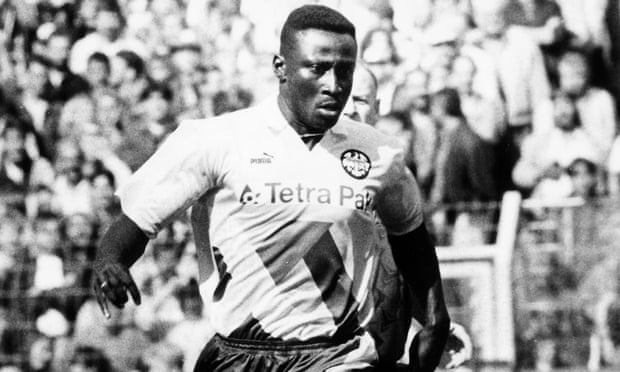 Liverpool manager, Jurgen Klopp, has spoken highly of former Ghana international Tony Yeboah and the impact he had on German football.

Klopp admits he’s been a big fan of African footballers in his new book and explained how the exploits of Africans in the Bundesliga led to his affection for attackers from the continent where Klopp now has two firing attackers in Mohammed Salah and Sadio Mane in his team.

“I love the fact that we have so many African players … until the Africa Cup of Nations starts. Then it’s: ‘Oh my God!’” says Jürgen Klopp, breaking into his famous guffaw.

Klopp admits he has been fascinated by the continent ever since he watched a bulldozing striker from Ghana make his name with Saarbrücken in the late 1980s. Anthony Yeboah, as Klopp and most of Germany still refer to him, was part of Eintracht Frankfurt’s exciting young team that was pipped to the Bundesliga title by Stuttgart in 1992, with the striker finishing as the league’s top scorer for the following two seasons.

“Yeboah was one of the greatest strikers who played in Germany apart from Gerd Müller. He had a big impact on society,” enthuses Liverpool’s manager, who also remembers some of the abuse one of the country’s first black players had to endure. “In football we never thought about racism. If some idiots were shouting something, you realised it but you were saying: ‘Are you mad? What are you doing?’ There wasn’t social media so it didn’t get the awareness of today.

“It was usually a single person and if he did it, he would get a slap and go home. He wouldn’t do it again. But now of course it becomes more – there are more people – and the story becomes bigger and bigger through the reaction. It’s a shame that we are still talking about things like this but that’s how society is.” 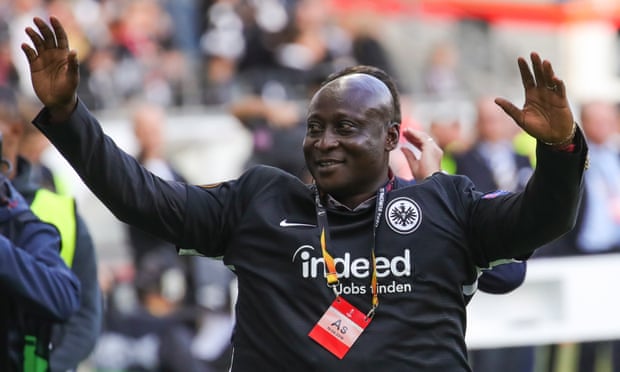 In 2014, a wall painting of Yeboah was unveiled on the side of a house in Frankfurt near Eintracht’s stadium with the message in German: “We are ashamed of everybody who screams against us.” It was taken from an open letter the Ghana international had written 24 years earlier, also signed by fellow professionals Anthony Baffoe and Souleyman Sané, the father of the future Manchester City forward Leroy, to protest against racism.

Yeboah would later follow in the footsteps of Albert Johanneson, the South African who became the first black player to appear in the FA Cup final 30 years earlier, when he signed for Leeds in 1995.