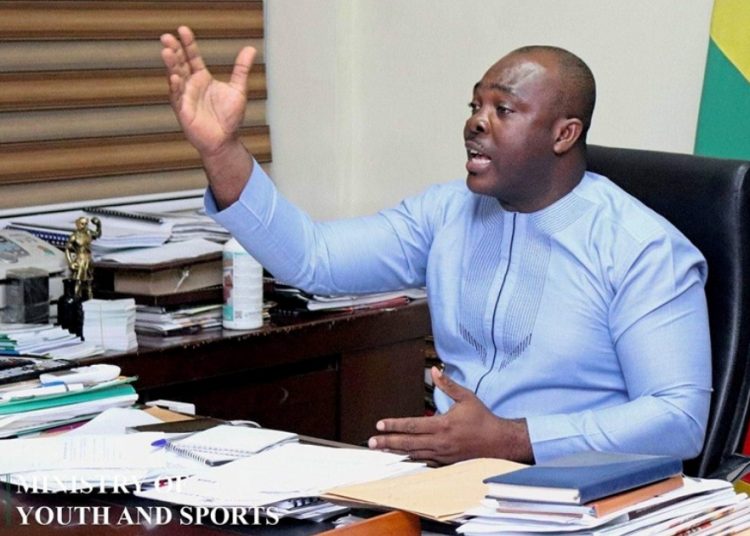 The Minister of Youth and Sports, Isaac Asiamah, has confirmed that his outfit will ensure the payment of ex-Black Stars head coach, James Kwesi Appiah.

The Sports Ministry revealed this in a press briefing of the easing of restriction on sporting activities in the current climate of the Coronavirus pandemic.

“Kwesi Appiah has done a lot for Ghana. We respect him, We gave him the job and gave him all the support. We owe him some arrears from his contract extension and we cannot say we will not pay him. Gradually, we will pay him all his entitlements.

In the last few months, Kwesi Appiah has gone public with complaints that the Ghana Football Association had not paid his outstanding salary arrears of five months (between August and December 2019) amounting to $185,000.

Per Kwasi Appiah’s claims sighted by Footy-Ghana.com, he last received a salary in July 2019.

In an interview on Starr FM in May, Kwesi Appiah said he felt the FA did not care about the situation and was willing to  seek legal redress if a solution was not found.

“It looks like they don’t care. This is money I have worked for and they are not telling me anything which I feel doesn’t show a sign of respect and I think that my lawyers need to deal with it. So it’s either they will take it to the court or Fifa.

The GFA hasn’t called me, neither has the Ministry,” he lamented.

The Head of Communications of the GFA, Henry Asante Twum, responded in an interview with the BBC stating that the GFA did not owe him any money but rather the government of Ghana.

“The GFA does not pay the coach – it’s the state that pays the coach.

“The GFA is the employer of the head coach of the national team but his salary is paid by the state. He [Appiah] wrote to the GFA [demanding his outstanding salaries and bonuses] and we forwarded his letter to the [sports] ministry.

“It is the ministry that must pay him and not the GFA.