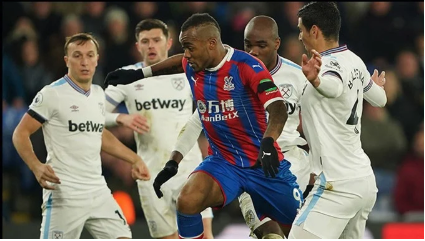 Here is a reminder:

Well, apparently, it is only good enough to be Palace’s 3rd best goal in the last 10 seasons.

Premier League side, Crystal Palace, have been asking their fans to pick out he club’s best goal since 2010.

The poll is to commemorate the 10th anniversary of CPFC 2010 consortium’s take over of Crystal Palace Football Club.

To mark the occasion, the club asked fans to select their favourite goal from the past 10 seasons for 24 hours only.

The club picked out the best or most meaningful goal for each season and asked you to crown which is best.

In the end, Andros Townsend can add another accolade to the list for his phenomenal volley against Manchester City away.

Here is the full thread of the top 10 Palace goals of the last ten seasons: