The 11 players Chelsea want to sell this summer 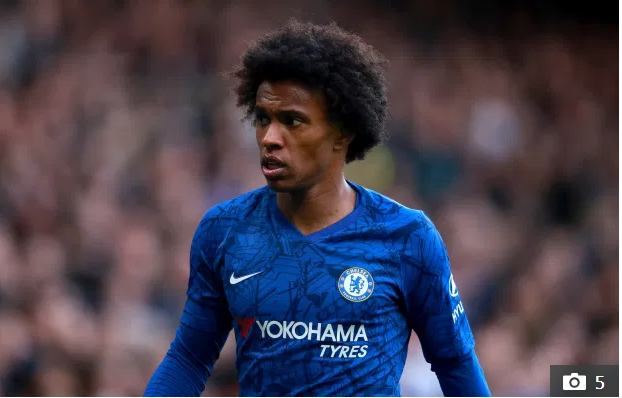 Chelsea are set for a massive summer clear-out after they complete the £54million capture of Timo Werner.

RB Leipzig and Germany striker Werner is to sign a five-year deal worth £200,000 a week with Frank Lampard’s Blues.

Lampard has already splashed out £38million for Ajax winger Hakim Ziyech earlier in the year.

The £92m outlay – with possibly more to come like Leicester left-back Ben Chilwell – means many familiar faces will be shown the door this summer.

Brazilian winger Willian, who will be 32 in August, will be allowed to leave on a free transfer after he rejected the club’s offer of another one-year contract. 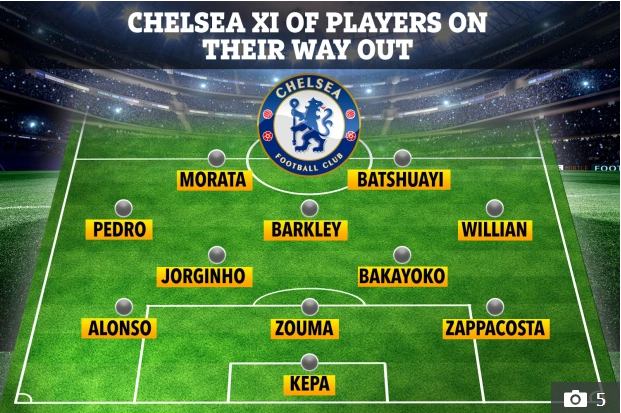 Spanish star Pedro will also get his wish and will be allowed to leave, with Roma the most likely destination.

Lampard will also sell left-back Marcos Alonso who is wanted by another ex-Chelsea manager, Antonio Conte at Inter Milan.

The Blues are thought to be demanding around £26million for the defender, who is contracted at the club until 2023.

And West Ham boss David Moyes is keen to be reunited with former Everton midfielder Ross Barkley, who has failed to nail down a regular starting place under Lampard.

The arrival of Werner, who has scored 25 goals in the Bundesliga this season, means the end of the line for Michy Batshuayi.

Chelsea will also cash in on several players who have spent the season out on loan.

The Blues will bank £48m for Alvaro Morata when the striker’s loan at Atletico Madrid becomes permanent on July 1.

Defensive midfielder Tiemoue Bakayoko should be sold to suitors Paris Saint-Germain once he returns from his Monaco loan.

And Davide Zappacosta could make his Roma loan permanent despite penning a new contract last summer.

The club would also listen to offers for Kepa Arrizabalaga who became the world’s most-expensive goalkeeper when the Blues forked out £71.4million to sign him from Athletic Bilbao in 2018.

Tottenham are interested in taking £25m rated centre back Kurt Zouma from Chelsea.