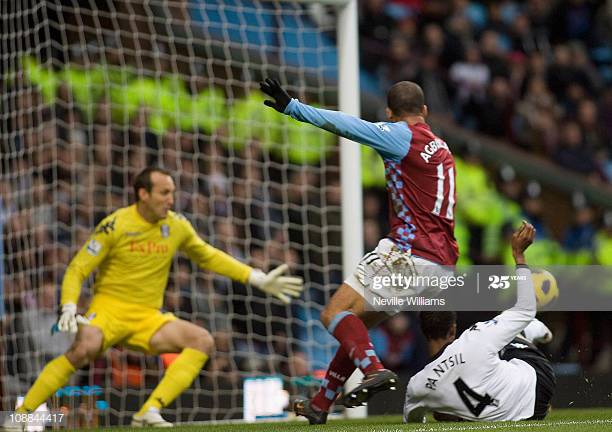 Ex-Black Stars and Fulham defender, John Paintsil has disclosed that depression accounted for his many own goals during his stay at the Craven Cottage.

The 38-year-old joined Fulham from West Ham United and soon cemented his place under Roy Hodgson in his first season.

However, after two seasons and a change of manager, Paintsil’s form took a nose-dive as he started scoring a number of own goals.

According to him, he felt left out as his new manager, Mark Hughes failed to give him the needed assurance pertaining to his contract.

Speaking to Kasapa FM, John Paintsil said he felt depressed during his last stint at the Craven Cottage forcing him into premature retirement.

“When I joined Fulham in 2008 I was supposed to seal a four-year permanent deal with them but unfortunately for me, Roy Hodgson who brought me to the club left immediately after the 2010 world cup and I had to lift up my game to catch the eye and attention of the new manager Mark Hughes.“

“I remember my first day at training after the World Cup I confronted Mark Hughes about my contract and to find out whether he had plans for me but he told me to give him two weeks to make a decision many days and months past but he was still procrastinating and this was causing me severe despondency and dejection.”

“In fact, I lost my mental strength and I began to score own goals. In one of those moments I scored four own goals in a month and this is unusual of me and this even got me thinking about retiring from the game. I believe I retired prematurely from football because of what I experienced at Fulham under Mark Hughes.”

Painstil left Fulham in 2011 for Leicester City where he played for aseason before leaving England to play in Israel.