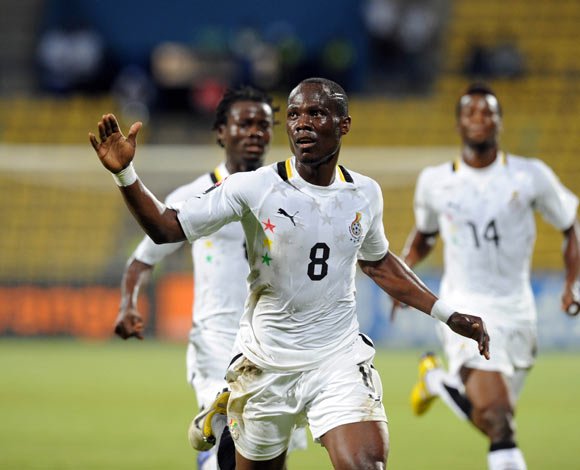 Ghana international midfielder Emmanuel Agyemang Badu says he is satisfied with his achievements with the Black Stars, and is ready to retire from international football if need be.

The 29 year old only recently returned to action after more than a year out due to a lung condition.

Badu, who has now turned his attention towards regaining his fitness, says he would be a happy man regardless if he isn’t considered a part of the Black Stars future plans.

“I need to concentrate on playing games now, due to my long spell out. It’s everyone’s dream to represent their country.

“But to be frank I’ve played for the Black Stars for close to ten years. I’ve won both the U-20 AFCON and World Cup,” he said in an exclusive interview with Citi Sports’ Fentuo Tahiru.

“I’ve played five AFCONs, twice as a finalist and three times as a semifinalist, and also played at the FIFA World Cup.

“I’ve played 86 times for my country and scored 11 goals, one of which was nominated for the Puskas Award.

“So if I don’t get a call up to the national team again, I’m still very proud of myself,” he added.

>>>Agyemang Badu is mentally "ready" to retire from the Black Stars.

>>>Says if he never plays for the national team ever again, he will be proud of what he has accomplished. #SportsPanorama#Citisports pic.twitter.com/fdRyQCo4zJ

The combative midfielder has return to training with Serie A side Hellas Verona, following the Covid-19 induced break.

Badu will be hoping to help his side avoid relegation when the Italian League resumes on June 20.