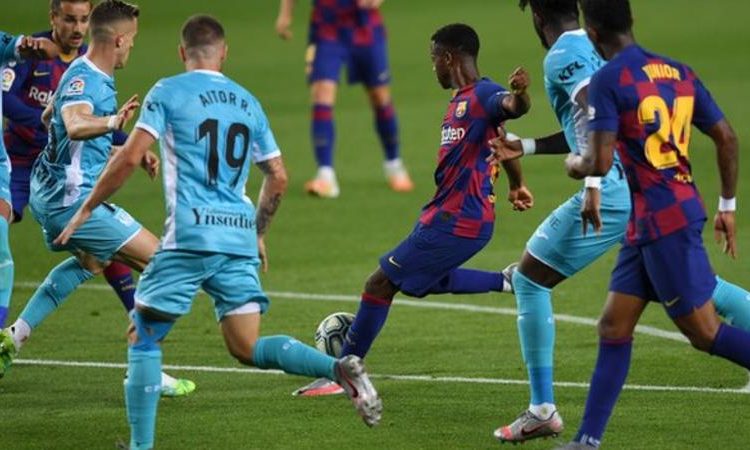 Seventeen-year-old Ansu Fati scored his fifth La Liga goal of the season as Barcelona extended their lead at the top with victory over Leganes.

The Guinea-Bissau forward produced a clinical finish at an empty Nou Camp before Lionel Messi doubled the lead from the penalty spot.

Messi’s 699th goal for club and country came after the Argentina forward was fouled by Ruben Perez.

However, Real will cut the lead to two points if they beat Valencia at home on Thursday (21:00 BST).

At 16 years and 298 days, Fati became the second-youngest first-team player in Barcelona history when he made his debut in a 5-2 win over Real Betis on 25 August.

Having moved to Spain at the age of six with his family, he has been with Barcelona’s youth academy since 2012.