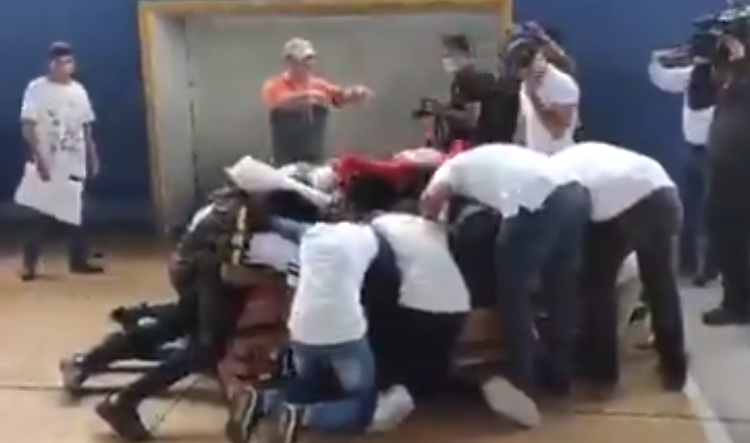 In a very emotional gesture, the friends of a 16-year-old footballer who was killed in Mexico helped him “score one last goal” after his funeral.

According to Reuters, Alexander Martinez was murdered after an apparent case of mistaken identity.

Local media had reported that he went out to buy a drink when he was shot dead by police. 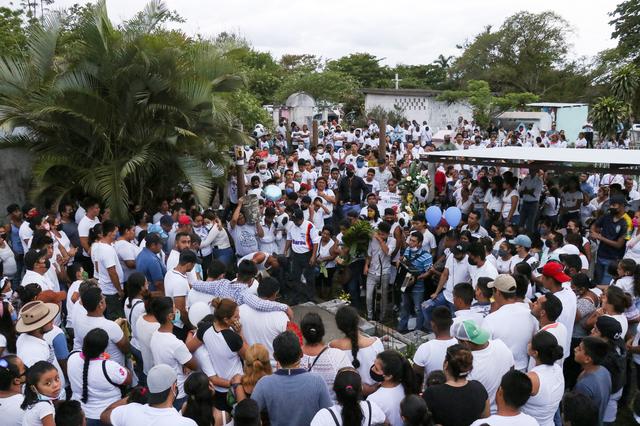 Before he was buried, his teammates took his coffin to the arena where he used to play football and helped him score his last goal.

One of his mates kicked the ball against the coffin and it rebounded into the goal, after which his friends embraced it in celebration as the crowd that had gathered around cheered.

It was an emotional moment which drove some of those who had assembled to tears.

Alexander Martinez was then buried in Vicente Camalote.

The funeral service was attended by about 300 people according to Reuters and his coffin was decorated with two soccer shirts, including a yellow jersey of French soccer champions Paris Saint-Germain and blue and white stripes of Mexican outfit C.F. Monterrey.

Oaxaca State Governor Alejandro Murat said on Twitter: “In Oaxaca, the law will apply, without hesitation, for those responsible for Alexander’s case.”

16 year old boy murdered in Mexico. His teammates took him to where they used to play football. And let him score, one last time. Never seen something like this. https://t.co/omrYbiwgOZ

On social media, most people were overwhelmed by the act by Martinez’s teammates.

Here are some of their reactions:

Thank you for showing this to the world. This happened in a town a few hours away from where I live. Football has been what’s kept them from the streets and unite them. I’m sure this will make their bond even stronger. Now let’s all demand #JusticiaParaAlexander