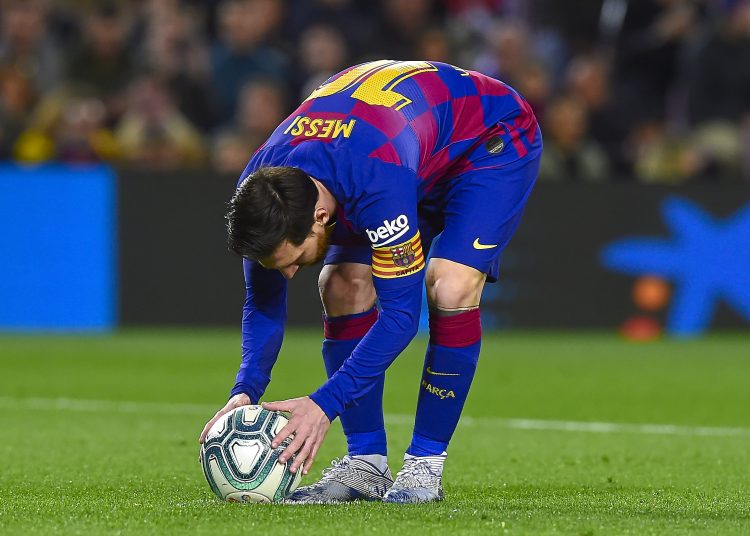 Football fans are pretty used to Lionel Messi’s brilliance on the field by now.

But every now and then, the Argentine does something that makes you watch in awe.

Fans were given another taste of the “Messi Magic” on Tuesday night in Barcelona’s 2-0 win over Leganes in La Liga.

Youngster Ansu Fati had put the Catalans ahead just before the end of the first half.

In the 67th minute, Messi picked up the ball in the centre circle and went on a run that would probably be mind-blowing had we not seen him do it hundreds of times before.

His dummy helped him beat his first marker before he slipped the ball through the legs of the second.

He then showed that he wasn’t all skill, displaying some strength as well, as he proceeded to hold both of them off.

Messi darted past a couple more players before exchanging passes inside the box.

He then went down under a challenge, prompting the referee to blow his whistle for a penalty, which the Barcelona star converted.

Messi is now one goal away from 700 career goals but it’s quite amazing how many are moments of brilliance like this one.

I hope Liga is offering psychological assistance to those bullied players.

Shame on you Messi, have mercy on them pic.twitter.com/LqwiHCegG3

Reaction to the move has been massive with many people overwhelmed by the player’s skill.

The man is a freak. We’re all lucky to have been alive at the same time as him 🐐

Those people have families to go home to FFS 🤣